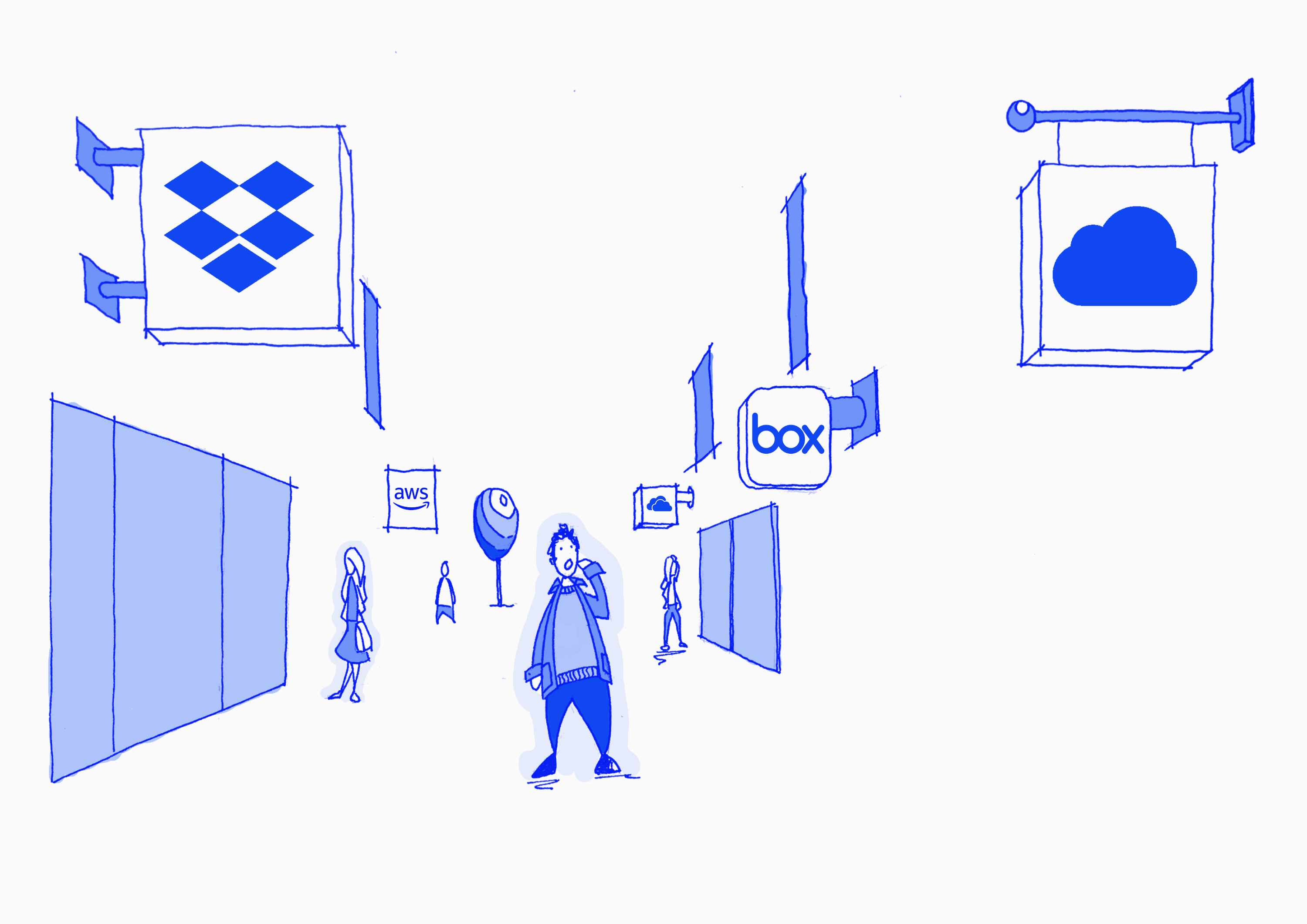 001 / The Art of Information Hoarding

An interesting phenomenon that is common amongst both architects and engineers is our tendency (and tenacity) to hoarding information. Within the industry this practice is not only expected but encouraged. As a professional, it is your obligation to keep up to speed with the latest advances and changes. Centred around an office library, companies used this solution to distribute information. The library would blossom with catalogues, magazines, books and other paper based products.

Over time, things have evolved away from the physical and into the digital. This transition has made it possible for everyone to collect their own information. This means that the act of organising that information has now also become a personal affair. In this new world some are more successful than others. You see there is an art to information hoarding.

During the paper era, the most useful documents would find their way onto people’s desks. Here they would stay and begin the start of a breakaway personal library. Graham, an archetypal old skool engineer, had the most extreme example of this practice.

There are several ways to use a personal library. Sporadic use being the most common method, limited to when needed by its sole proprietor. The alternative method is by way of sharing the information. Graham was an embodiment of the second type of method. The first thing I noticed about Graham was how much he enjoyed sharing his knowledge. Like a philosopher in Ancient Greece holding court. Usually there was a captive (young) audience hanging on his every word. He would regale them by explaining, in excessive detail, the nuances of an outlier subject. Yet Graham would speak with the ease of someone explaining how to make a toasted cheese sandwich.

This was an example of an Engineer’s Engineer in action. This type of person exists in about every profession. It’s a person with a wealth of experience who is happy to share that knowledge with those eager to learn. The second thing I noticed about Graham was that he was a complete hoarder. I’ve never seen anything like that since. He had books, papers, folders, notebooks, drawings covering every single available space on, under and around his desk space. The hoarding was so dense that he had to created a space just large enough for him to slide into. This method of madness, although the stuff of legends, is completely unattainable in offices with restricted workspace.

For most, the exercise of trying to remember exact researched details is an act in futility. It’s a known fact that the human brain is generally terrible at remembering things. The act of collecting knowledge in the form of documents is essential. Yet having completed the research, many find themselves still searching for answers on the web rather than in their own library. This is usually because the system has failed its intended purpose.

The demands for space within the workplace now come at an increasing premium. To address this, companies first reduced desk space, until that was no longer viable. This was then replaced with the introduction of hot-desking. This ‘innovation’ made it possible to avoid assigning a desk for every person in the office. Done on the basis that the entire office was not in the office at the same time. In this world, having a physical library occupying space around you is no longer viable or practical.

Luckily, this has come at a time where two important advancements have occurred. Companies and manufacturers, small and large, have embraced the ubiquitous pdf. This has allowed documentation to transition into the digital realm. The second advancement is the type of storage methods available. These have transitioned from the physical (such as an external hard drive) to online storage farms. The pioneers for this were Dropbox, although a plethora of companies (Google, Apple, Amazon, Box) have followed suit with their own offerings. Pick a service that has an appealing web interface and a good mobile app. As long as you have a device, this will allow you to have access to the information.

The beauty of having a cloud storage system is space and company agnostic. Your library goes with you and is available to you across multiple devices. Data and information is further democratised, as it can now be shared with ease. The challenge comes with how to organise all this information. You need a system. First settle on a storage service, then comes the hard part.

Example Files Structure
Imagine going into a library, where the books are filed in no particular order and under no category. Chosen by a machine, the random names on the spines offer little clue on what’s inside. Finally, the librarian is around 30% accurate in finding what you’re looking for. Good luck finding anything. That’s what you’ll end up with if you don’t take control of your library.

Without a clear, consistent naming and structure your library will first become uninviting and then quickly unusable. These two elements are the defining parts of keeping and maintaining a successful library.

Depending on the platform you’re on, search provides mixed results. While it circumvents the need for a precise structure, a basic form of structure does provide other advantages. Searching through 50 documents is going to be faster than searching through 5000. Also I have yet to encounter a search function that presents the information in a pleasant manner. This is the difference between ideal and real. Search isn’t always about finding something specific. Search might be the act of browsing and reminding you what is actually available. This could be the impetus to trigger ideas or lead you to information you didn’t know you were looking for in the first place. In short, structure is important.

Here are three simple guiding principals to consider for structuring your library:

The individual naming (or likely renaming) of files is the single most important act you do. The main issue with this action is the inherent friction associated with it. This is the single most powerful way of finding any document, in any which way you choose to organise the files themselves. Either through the organised manner described above or through the gods of search.

The steps to achieve the most consistent results are as follows:

The Japanese have a word for books you buy but leave sitting on a shelf unopened is tsundoku. Collecting digital documents and doing nothing with them is then digital tsundoku. There is a necessary process of maintaining your library. Like a garden tending to it and making sure that it doesn’t become overgrown and filled with tired and unnecessary documents. This doesn’t need to be daily or even yearly, but every few years take a quick dive and cut the excess. If you don’t want to get rid of it outright, move it to a ‘000 Archive’ folder at the top.

Something Gained. Something Lost.

The Amazon Kindle e-reader was first introduced in 2009 and ushered the start of a considered shift to a new method for people to have thousands of digital books on a single device. A device that was more sympathetic to people’s attention than an tablet or phone. Was it the e-ink technology? Was it the fact that the device couldn’t do anything well apart from allowing you to read the actual words in front of you? Most likely a combination of both. The move to a completely digital state, while more environmentally friendly, did ultimately make us lose something both tangible and intangible. A better connection with the work itself; a better way to understand the ideas themselves. This feeling is reflected in the way the use of analogue writing equipment have had a resurgence in recent years rather than contracted even as devices such as the Apple Pencil has become more ubiquitous throughout the office space.

Being aware that embracing both the digital and physical is essential for our appreciation of the work to flourish. Keeping a few key books that provide the necessary guidance on a subject or a small library of magazines that are referenced regularly will offer greater advantages to their digital counterparts. In a way that collecting a physical copy of every manufacturer’s catalogue will not offer the same type of quality advantage either.


Never miss an issue! Sign up for the In Abeyance Newsletter →