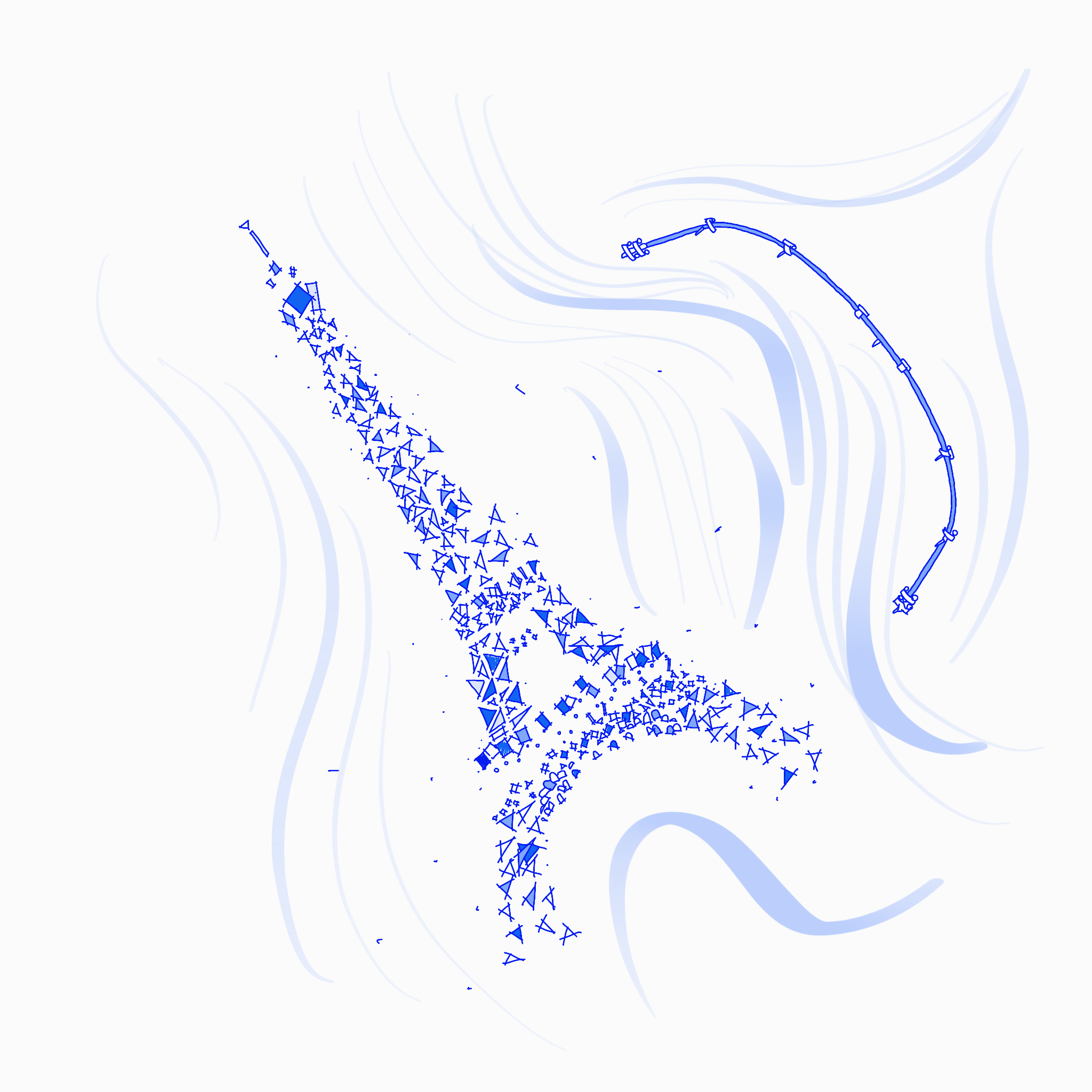 Converging currents will transport resilient plastics extended distances, until they reach a gyre (a system of circulating ocean currents). There they will settle down for a few decades (or more), basking in the glorious sunlight and gentle waves. Unlike other materials, plastics won’t biodegrade (not in any reasonable timeline). Rather they will slowly break into smaller microplastics through a process called photodegradation.

Unsensationally, the GPGP is not very photogenic. Imagery of floating debris does not accurately reflect the reality. Rather the plastics makes the water appear like a soup. This is why satellite imagery is of no real use to determining the scale of the issue. This is also why the exact size of the GPGP has been in dispute. The closest we’ve come to answering the question of scale is from an expedition carried out by The Ocean Cleanup (TOC) in 2015. During this expedition over 30 vessels travelled through the GPGP simultaneously. This was then augmented through the use of 2 aeroplanes that helped further quantify the plastics in the area. Over a period of 2 years, the scientists at TOC would sift through their collected plastic and categorise all the pieces, based on size and type. Their research estimated that the size of the GPGP, is roughly 3 times the size of France (or twice the size of Texas)1.

The manner in which plastics make their way to the gyres is of significant importance. Understanding the distribution route means we can look to disrupt it. A study, published in October 2017, concluded that just 10 rivers transport 88–95% of the global plastic load into the sea. These rivers are:

The more we continue to feed these rivers with our plastics the harder it becomes to collect that same plastic decades later. This also doesn’t consider the environmental damage caused by the microplastics breaking off along the way.  If we are to maintain our most basic of needs, we need to change the way we treat our plastic, and by virtue our environment.

Recognising the seriousness and severity of the problem, several global initatives have been established. These are not limited to a single organisation or country, rather the burden has spread. From the G7 Ocean Plastics Charter, to the EU strategy for plastics in a circular economy and the Commonwealth Blue Charter. How we conserve and use the oceans is a UN Sustainable Development Goal, SDG14.

Looking to resolve the issue at the very source of these plastics, the Ellen MacArthur Foundation offers a pragmatic approach with their New Plastics Economy Global Commitment. The latest report offering an overview of the companies and organisations that have signed the commitment, and which have not. The commitment asks the following:

To help make this vision a reality, businesses and governments commit to a set of ambitious 2025 targets. They will work to eliminate the plastic items we don’t need; innovate so all plastics we do need are designed to be safely reused, recycled, or composted; and circulate everything we use to keep it in the economy and out of the environment.

Setting targets, promises and increasing awareness are all necessary steps to ensure that we don’t find ourselves in a similar position in the future. However, we need action now to remove the existing plastic from the seas. The Ocean Cleanup (TOC) organisation is at the clear forefront of the first response needed to clean up the ocean. On the heels of their Mega-expedition in 2015, in 2016 they built and tested a prototype of their proposed cleanup solution. This was then quickly followed by the full scale launch of the System 001 in 2018. The System 001 is a passive system that moves through the GPGP collecting rubbish as its pushed forward by the wind, waves and currents. TOC has ambitious plans of reducing the amount of plastic in the ocean by 50% over the next 4 years. To achieve this target, the intention is to have a fleet of no less than 60 modified, bigger versions of the System 001.

The urgency is borne from the fact that as time goes by the larger pieces of plastic are breaking down into smaller and more harmful microplastics. We therefore need ideas about how to tackle the existing and growing amount of microplastics. The funny thing about ideas is that they sometimes can come from unlikely sources. Earlier this year, an 18 year old Irish student named Fionn Ferreira won the first place at the Google Science Fair. His invention? A method for removing microplastics from water. This offers tangible results that we can be optimistic about what can be achieve in the future.

Environmental responsibility should start in our homes and continue into our place of work. The question of plastics should not be left to marine scientists, activists and recyclers. As designers and builders of the built environment, we have an important a role to play in shaping a different world. A world that has found viable and longterm solutions to our continued dependence on plastics.

The world and the established systems have their own momentum. This momentum is hard to change because you’ve also got forces fighting against you. Change however is a matter of continuous accountability by everyone. The materials we choose and actively use are within our powers. We are specifiers. We are the procurement chain. We are the manufacturers. Encourage ideas and practices that seek to understand the entire cycle. Specify those ideas. Seek out those manufacturers that are looking to have a differentiator over their competitors. Procure those practices.

Charles J. Moore discovered the GPGP in 1997 while passing through the North Pacific Gyre, after competing in the Transpac sailing race. While we cannot celebrate the discovery of the Great Pacific Garbage Patch, we can use it as a marker. A marker which showcased the high price of our environmental irresponsibility. We should all strive to take a more considered and responsible approach to how we deal with plastics in our environment.