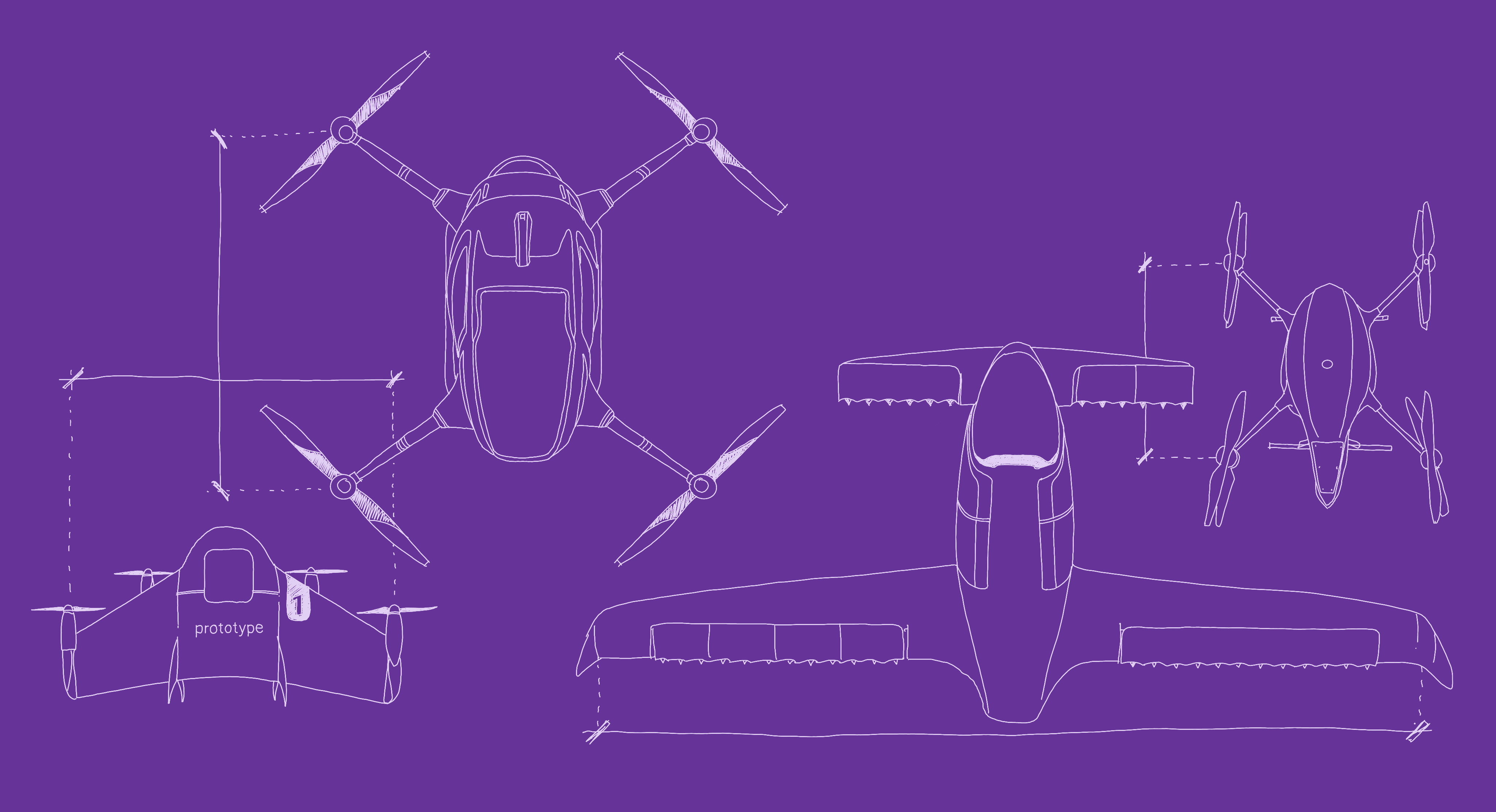 Jean Giraud (aka Moebius) is considered one of the true masters of contemporary sequential comic art. His craft shone in his attention to detail, the flow of his storytelling and the appeal of his characters. Where he stood unrivalled in a league of his own, was the depth of the worlds he created. As it turns out Moebius was a closet traffic planner - on paper at least.

This particular skill was best showcased in his seminal work The Incal. These very ideas were then expanded upon in the film The Fifth Element1. Moebius imagined vertically and horizontally super dense megacities. Buildings seemingly stacked on top of the other. Their proximity to each other forming deep canals. To accommodate this environment, his transport systems were not confined to the ground. They had taken to the skies. Flying cars travelled orderly in vertical and horizontal lanes, one on top of the other. In this world, traffic was stratified.

The dense nature Moebius envisaged has not, and may never, come to pass. The same cannot be said for his vision of how traffic will be managed. As we continue to slowly edge our way upwards, his depiction of lanes in the sky may still become a reality. It’s unlikely we’re going to reach these heights in flying cars for a while. More likely, our skies will become increasingly filled with drones.

The history of Unmanned Aerial Vehicles (UAV) or drones, began in a military capacity. At first they were used as target practice, which is also where they got their name2. Drones were then used as military decoys; then for surveillance; before finally getting their stingers, as payload carriers.

Eventually, the technology made the jump to more consumer minded products. At first confined to fringe enthusiasts, the audience widened with the introduction of the Solo. This commercially available quadcopter had a GoPro camera attached and was capable of capturing professional quality video.

The technology behind drones is being iterated at speed, with an active industry behind it. There have been some company burnouts in recent years most notably US based 3D Robotics and Airwave. Even so, between 2012 and June 2019, investors have pumped more than $2.6 billion into drone companies. A blue paper by Morgan Stanley predicts that the autonomous flying aircraft market could become a $1.4 trillion industry by 2040.

The use of drones in modern warfare remains the biggest use case by a considerable margin. The technology is transitioning to less aggressive and more productive purposes. Released in 2016, a Goldman Sachs report predicted the volume and usage of drones between 2016 and 2020. The report divides this use across three categories, military, consumer and commercial. The commercial category was considered the one with the fastest growth opportunity. The top contributor in this category was the construction industry.

Drones are ready to impact the build environment in several ways across both transportation and construction. As the industry continues to mature, companies are not only addressing different segments of the available market, they are also creating new opportunities made possible by the technology itself.

Transportation of cargo is one of the most fertile grounds of active drone development. By providing a range of unmanned vehicle classes, the transportation of goods can be accomplished at a fraction of both the cost and time.

There has been a steady stream of promotional videos, released over the last 5 years showcasing the ‘life changing’ effect of free roaming drones. In part these videos are trying to normalise the very existence of drones within our urban landscapes. Their very existence is dependant on gaining acceptance from both the public and regulators.

The limitations presented in these videos may only be in the imagination of the script writers, looking at your cupcake deliveries Wing. The questions regarding the exact nature of use for these drone deliveries is valid. Should these delivery be limited to non-urban areas only? Showing a single drone delivery in an rural setting is one thing. Having a swarm of banal deliveries happening above us every few minutes in an urban setting, may not be a world we want to live in.

One company that has successfully addressed the question of why using drones is essential to success is California based startup Zipline. Their mission is to provide every human on Earth with instant access to vital medical supplies. Zipline currently operates in Rwanda, Ghana and Tanzania.

On the other end of the scale are the cargo drones. These are targeting the logistics end of the delivery market. Companies like SabreWing and Natilus are trying to circumventing regulatory issues associated with flying above urban areas, by avoiding them completely. Their drones are meant to take of and land on water.

The logistics and package delivery market may need promotional videos to help bring acceptance of the technology. Drones used for personal mobility don’t have that problem as they usher in a world we were promised 50 years ago.

An ever growing number of companies are actively developing a viable passenger air vehicle (PAV). A clear indicator of the openness of the market, and the clear opportunity on offer, is the sheer volume of form factors being considered. Many of the PAVs are autonomous, some need human assisted piloting. The number of propellers range from 4 to 32. Some have taken the form of a traditional helicoptor, while other skew closer to the stylings of a plane. The only design requirement they all agree on is that these vehicles should be eVTOLs (electrically powered vertical take-off and landing).

The cost of entry will become the defining factor determining whether or not these PAVs get mainstream adoption or if they remain the purview of the super elite. The recently released report by Ehang indicate that fares could be a little bit more expensive than that of a New York City cab.

Drones used in construction, are becoming a regular or expected offering on projects. They are increasingly getting better at monitoring site progress, providing measurement tools and enabling enhanced coordination (through the use of point clouds). Their use cases however remain passive in nature.

Similarly, drones are being used for maintenance in passive ways:

Sadly, drone technology has not progressed to more active applications within either the construction or building maintenance industries. Drones are not being used for deliveries of construction materials. They are not being used to replace or complement cranes. They are not carrying out installation or replacement of difficult to reach services or facades. The software advances made with drone swarms has been relegated to impressive lighting shows and has not been adopted into new construction methods.

What’s even more disheartening is the fact that there appears to be little investment in this field. Many of the projects that hoped to give us a glimpse of the future are now nearly 10 years old. No real progress as been made since these applications were first demonstrated3. The Construction industry usually lags most industries, however the sheer discrepancy in R&D, between the construction and transport industries, signals the resistance to adapting this technology.

The drone industry is going through it’s gold rush years. Over a very short period in time, UAVs have expanded into a wide array of applications, across multiple industries. With so many companies showing off their prowess, it’s easy to forget that the commercial application of drones was the last sector to embrace the technology. The transportation industry is forging ahead convinced by the possibilities the technology and it’s applications have to offer. In contrast, the construction industry remain cautiously involved, seemingly waiting for the technology to mature further. In a world that is on the precipice of seeing drones fill the skies, it’s important that regulators get it right. To avoid us living in a dystopian nightmare, they need to strike the right balance between genuinely useful and unnecessarily disruptive.