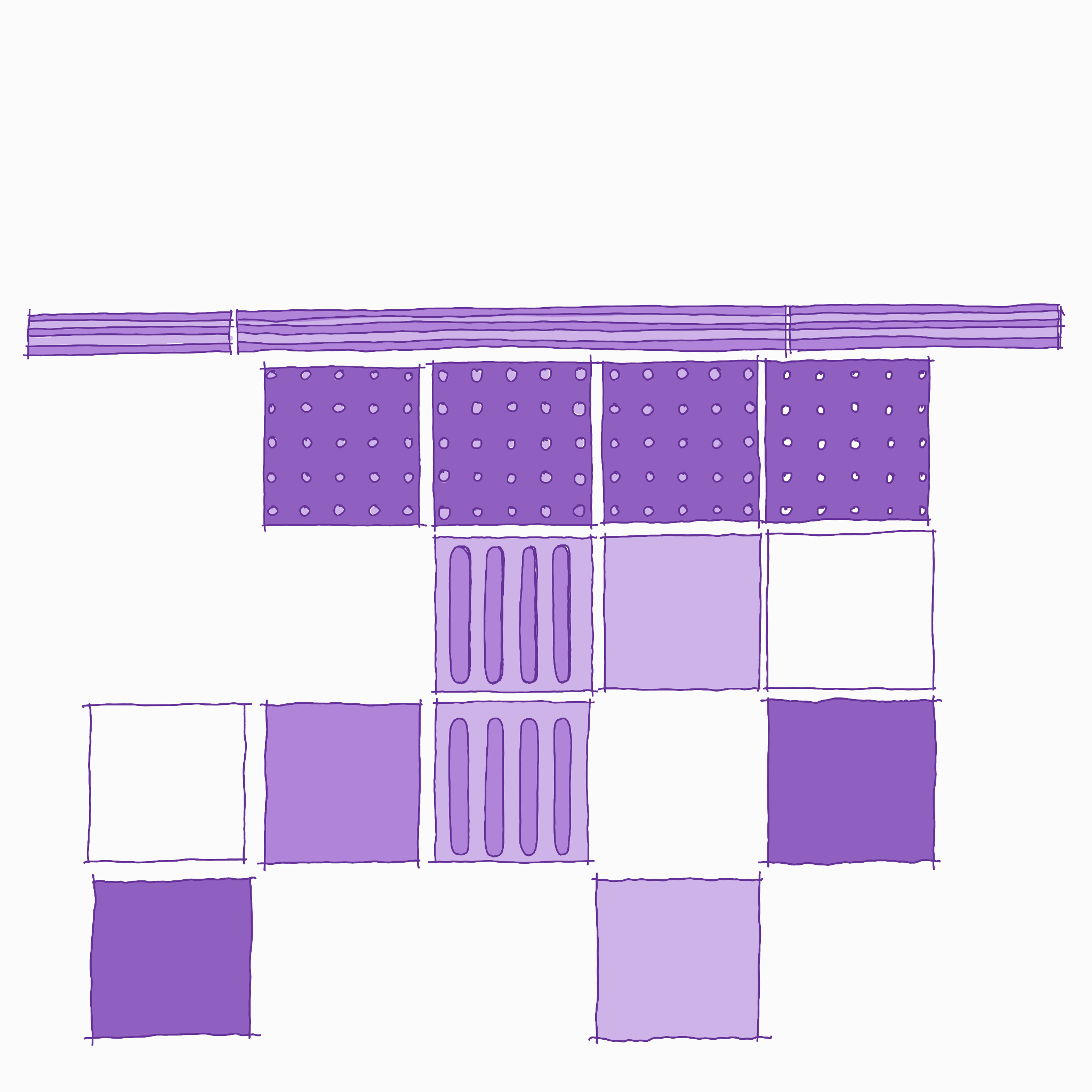 In 1965, Seiichi Miyake came up with a relatively simple innovation that would spread across the world. It was a cheap and passive solution to a universal challenge faced in every city regardless of size or climate. His aim was to provide unobtrusive, physical cues that could be used by someone with visual impairment or blindness, to help them navigate through a city. His invention mimiced the concepts of braille (or as they are known in Japan, Tenji) and then imprinted this across the built world. Using his own money Miyake created two different tactile paving blocks. The first type of block was an array of raised dots, which signaled caution. The second type of block was a series of raised parallel strips which pointed to the direction of travel.

The manner in which these blocks are used has expanded. These can be used to signify the edge of a train platform (arguably their biggest usage), the crossing of traffic lights, the top and bottom of staircases, delineation of pedestrian and bicycle paths. Over 50 years later, while the Tenji blocks have their detractors, they can be found in most cities around the world.1

It would take roughly another 20 years for the next major innovation to make an impact within the built environment. In 1983, Argentine inventor Mario Davila introduced the traffic light for the blind. The original implementation of these lights would create a constant low level broken beep, which would change to a single loud beep once it was clear to cross the road. As the use of this technology has proliferated, the final implementation has changed. Depending on the country, the beeping happens when it is time to cross the road.

Beyond these clear additions to our urban landscape, ongoing innovations in this field become somewhat more nuanced. Rather the urban designer Claudia Folska looked to leverage mental maps created by the blind as they navigated a city, to make them better. This is first done by identifying areas that had little or no interaction — known as dead zones. Reasons for these zones could be identified and addressed with a little bit of planning. Resolving for one group of people allows all others to benefit.

When our cities are easily navigable for the blind, we will have created a place that is safe and navigable for everyone.
— Claudia Folska

Most recently there has been a range of products that help leverage the power of the digital world to enhance the physical one. Applications like Microsoft’s Soundscape provides an audio context of the physical world in real time. While products like WeWalk harness digital technologies to protect you above the waist and also connect your phone to the walking stick controls, letting the phone stay in your pocket. Even the humble Tenji block is getting a digital enhancement in the form of the NaviLens.

Across human existence, catering and providing a safe and usable built environment for those without sight is a shockingly recent trend. These incremental steps ultimately provide agency to those with one other challenge in their lives. Agency to interact with the world around them, without the constant support of others. Agency to walk out their door knowing that there are elements out there intended to make journey more understood.

This single facility, owned by the South African company, Sasol, generates more greenhouse gas emissions than entire countries such as Norway and Portugal.

This story about the coal industry in South Africa is heartbreaking, both for the locals and globals. Whats worse is just the bleakness for the near future, with the energy mix to continue unchanged for the next decade.

The Cost of Wind and Solar

In the coming years most of the additional demand for new electricity will come from low- and middle-income countries; we have the opportunity now to ensure that much of the new power supply will be provided by low-carbon sources.

As a counterpoint to the previous item, Max Roser and OurWorldinData has been on a tear for 2020. Their data visualisations for COVID have been an essential tool in trying to understand what is happening, but that is not all that they cover. Their latest article provides a wonderful overview of the meteoric drop in the cost of renewable energies (solar and wind) and the reasons why.

Plastic pollution has been part of the conversation in this newsletter for a long time. Othalo is a UN Habitat backed project that aims to create modular buildings in cities with housing shortages from 100% recycled plastic - thus solving two problems at the same time.

I certainly have my issues with how Othalo presents itself (and what the final product will ultimately look and feel like). I like the idea behind using all this plastic that has nowhere to go into something infinitely more useful — the devil will be in the details.

I recently rewatched Hayao Miyazaki’s The Wind Rises which was his official last movie before retirement (he’s actually working on his last, last movie now). The movie is a biography of Jiro Horikoshi, the designer of the Mitsubishi A5M, which at the beginning of WW2 was considered the most capable fighter plane in the world. In the movie, apart from the excessive smoking, the main character uses a slide ruler, which was a mechanical analogue computer.

This naturally then led me down a little rabbit hole, and I was reminded of a black aluminium Linex triangular scale ruler I used to own — back when we were in offices, someone ‘borrowed’ it and well continued to borrow it.