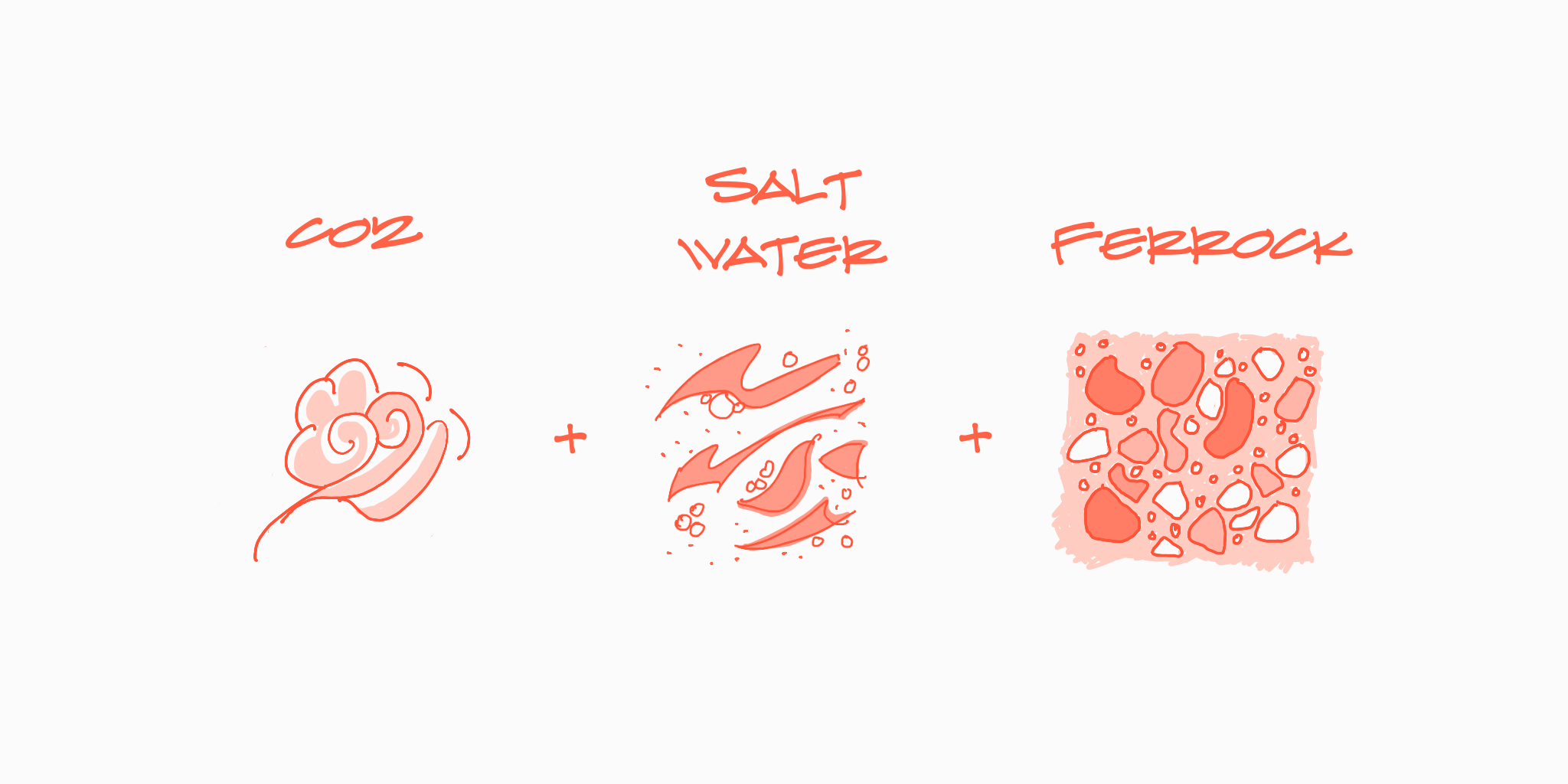 1903 . while beavering away in his lab, French chemist Édouard Bénédictus accidentally dropped a glass flask to the ground, which unexpectedly did not shatter from the fall. Upon closer inspection Bénédictus discovered that the flask had contained cellulose nitrate. Sometimes ideas need time to percolate. Whether the inspiration came from current affairs, possibly a car accident which caused a death due to shattered glass, Bénédictus went on to develop his discovery. A discovery that would find its way across both the mobile world and much of the built world. A discovery to develop glass that would not shatter. An accident in a lab lead to the discovery and development of safety glass.

2015 . While doing his PHD at the University of Arizona, the aptly named David Stone was carrying out research for ways to keep iron from rusting. Attempt after attempt failed to give him the result he was looking for. Instead, Stone created a seemingly worthless hard material. Stone initially dismissed his discovery, before reconsidering its application. Ask any writer where their ideas come from and you will get a bottomless hole of vagueness. What triggered the eureka moment to Stone, like Bénédictus before him, is not relevant. What is relevant however is the fact that Stone recognised the potential of his new material. A material that could one day be used as an alternative to cement. The material is named after its key ingredient, iron-rich ferrous rock. Ferrock.

Ferrock offers a different solution to our insatiable need for a concrete-like material. The material tackles three important areas of concern:

Ferrock is made from a variety of industrial byproducts and waste streams, including architectural glass (discussed in issue 029). The two main ingredients of ferrock are iron powder and either fly ash or the recycled glass, which makes up 80% of the materials required.

That the walls and slabs of a new building could be made from the remains of glass from another continues the necessary narrative leading to an increasingly more circular economy. Alone this aspect might have been enough to achieve serious consideration. This however is only but one of many impressive sustainable credentials.

Where ferrock deviates from other cementitious materials is during the curing process. Ferrock stands as a carbon negative material as it needs CO2 during the process. More surprising is the use of salt water rather than fresh water for curing process - salt water makes it stronger. A property earmarking its use in marine environments. Another distinguishing property of ferrock is its strength and resistance to cracking, both of which far exceed those exhibited by concrete. Unlike portland cement, which requires a considerable amount of energy in its production, the energy required for the production of ferrock is below these levels.

So with all these incredible properties, why are we not building everything in this material?

Sometimes serendipity and curiousity are both needed to spark a flame. To shine some light and uncover what was not looking to be found. Discovery alone however is not enough. This then needs the hard work of development.

One of the first things that Stone looked to develop was the method for using ferrock in installations, establishing one that could scale in the same manner as concrete. His first attempt, and proof of concept was an unorthodox looking greenhouse. The rust brown colour is a stark difference to the cool greys our eyes have come to associate the modern built environment with. It’s quaint, just like the website Stone and company setup to commercialise the material itself, Iron Shell Material Technologies.

This material is still in its commercial infancy which has not been tested in any meaningful way. Its detractors (the cement industry) will point to the fact that iron powder is its greatest component and not a particularly viable material to rely on for larger scale installations. Based on the base materials and volumes used for concrete, this material is unlikely to break our dependance on portland cement. However it very well could have a place. Our continued development of the built world will depend upon any number of materials being used as replacement to our concrete dependence.

More importantly, this material pushes into thinking in a specific manner. It makes us consider all of our byproduct materials in a closed loop fashion. We don’t need to be linear. We need to find the viable solutions (technically and commercially) that will allow us to evolve to a better place.

Wind continues its confident movement as the clear frontrunner of being the top renewable source of energy. The new Halide-X wind turbine from GE further builds on this status. With a height of 260m (from the ground to the tip of the blade), this is not a small piece of infrastructure and comes with a 14MW capacity. A significant boon to offshore wind energy calculus.

Throwing the concept of a city out the window and starting again. Whats proposed in its place is a thin urban line, 170km long. Vertically layered from a top pedestrian only zone, to a service zone and finally a transportation at the very bottom. An expensive architectural student project, NEOM released promotional videos of their new city concept, The Line.

This is neither the first, nor the last wacky project to come out of the Gulf, it can join the plethora of concept ‘cities’ in the desert. Fear not however, AI will solve all the ridiculous transportation corner they’ve painted themselves into. I hope they accounted for a hyperloop in there somewhere.

Regardless of their fall from the very top, GM remains a sizeable company. Their concept electric vehicles, showcased at the virtual CES, feel like a giant playing catchup. While the Cadillac eVTOL air taxi makes for a good conceptual video, more interesting is their Brightdrop electric vehicle delivery company is infinitely more interesting because you know, its more real. Time will tell if they follow the likes of Kodak, RIM and Nokia. Once giants in their field, now operating on the fringes.

Bonus: If you are looking to better understand the eVTOL market, we covered this in issue 021

One of the amazing things about books is how they can transport you to a different time and place. An author can talk to a reader 100s of years into the future. Keeping classics available in print can be difficult (for any number of reasons), however when done justice they are an object d’art. The General Theory of Urbanization Vol.1 is an exemplification of this practice. 150 years after its first publication in Spanish, the book has now been translated into English and the Urbanization website acts as a companion with open data and interactive visualisations to expand on the science of building cities.

A well hidden line of stationary products designed or inspired by architects? What’s this? No direct link available but go to the main family page and click on architects. The Shigeru Ban scale retractable ballpoint (in any of the colours) jumped out. Also a call back to a previous issue, the Antoni Gaudi pen looks great as well.