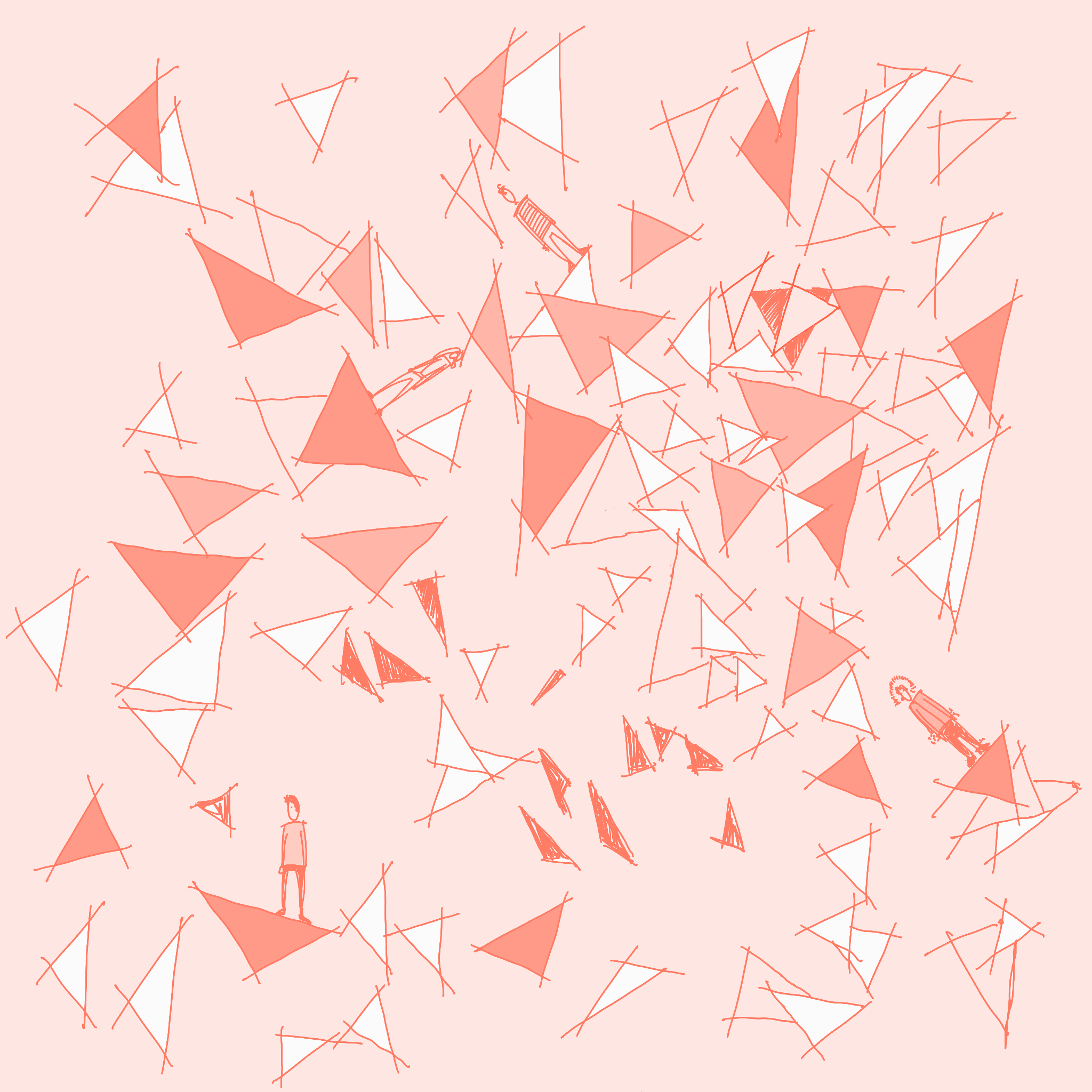 Nikolay Vavilov was a man of science and maybe because of that, he inspired unwavering conviction in those around him. During his prolific life he was able to make his mark on how humanity looked to grow its food. He helped pave the way to our understanding of the incredible strength in diversifying our seed usage. That no crops are create equal and that having a large number of accession ready will allow the growth of crops under varying conditions. Of his many accomplishments, one of his most notable was the collection of 250,000 seeds (the final number quoted does vary across sources) — at the time, the largest collection of seeds in the world. A treasure he had traveled long and far to amass. This collection would become the centre of one of the most heartbreaking tales of sacrifice in the name of science and the reason behind science.

During the 28 month long siege of Leningrad in 1941, scientists at the Institute of Plant Industry barricaded themselves in the vaults. The scientists were not looking to protect themselves, rather Vavilov’s seed collection. This seed collection was seen as the rightful inheritance of future generations, not just Russian but humanity’s. A means to enable and provide food security to the world. Many starved to death protecting the seeds. After Vavilov’s death, during the heady days of the USSR, the seed collection was not cared for properly, ultimately degraded and became unusable. The seeds themselves were not his legacy, rather our understanding of the importance of seed diversity and the ramifications on society when we failed. His story however also gave us something else - a bitter and cautionary tale.

Humanity faces a seemingly growing number of challenges both in the short and long term. At a basic level, there are four essential elements for our continued survival and prosperity. The air we breathe remains toxic for millions around the world — the breathelife website offers a simple meter to see how your city stacks up. Water conflicts borne of water insecurity, are not a recent development for humanity and will becoming increasingly more common unless we look to address the underlying issues. 1.2 billion people around the world continue to live in appalling conditions. As if these challenges were not big enough, we certainly have not solved our food security challenges.

The concept of insurance, a way of moving risk from one person to another has existed in the world since ancient times. Using the ultimate fate of Vavilov’s collection as a cautionary tale one area we seemingly have addressed is providing a collective insurance policy to the world’s seed diversity. An insurance policy unlike any the world has ever had. One that can only be paid through humanity’s collective cooperation. A policy against both human, and naturally, instigated disasters. Paid into a bank. A genebank. While there are over 1750 genebanks (the real number hovers around this number depending on the source) located across the world, there is one bank in particular that is different to them all. The Svalbard Global Seed Vault.

Svalbard holds the title of being home to the world’s northernmost settlement and some three thousand polar bears. While it is administered by the Norwegian government, the archipelago is not officially part of any country. It is a demilitarised zone that allows any country to setup a research facility there - an offer that has been taken up by countries such as China, Poland, the US and Russia. The archipelago has been many things to many people over the years. While mining continues to dominate Svalbard’s economy, tourism and research are becoming increasingly more important. A short distance up the mountain, overlooking Svalbard airport, are two structures buried deep into the mountain. The first is the Arctic World Archive1. The second is the Svalbard Global Seed Vault (SGSV).

Within 50 years after Vavilov first started on his journey to amass his seed collection, genebanks existed at a local and national. With the operation of the SGSV in 2008, they now operated on an international level. The SGSV is home (as of this writing) to over 1,081,026 seed samples. From the ground, the SGSV is an understated affair, with the exception of one detail. The only visible aspect of the vault, is an entrance wedge protruding from the side of the mountain. Above the doorway, and wrapping over the top length of the tunnel, is geometrically shaped artwork paneling, signaling subtly that there is something different inside. In the stillness of the mountains, in between the snow, is life. Dormant. The entrance leads down a long tunnel, which then open out into three separate vaults for the seeds to be stored.

Three caverns burrowed into the side of the mountain hold the keys to seed reliance, regardless of what is happening anywhere and everywhere in the world. A back up plan in a remote part of the world, under the careful watch of one of the most stable and affluent countries in the world. The plan is full proof. Except it isn’t. Every building or structure has its own challenges and this one is no exception. The issue is that this particular building was originally designed for specific climatic conditions. A certain type of temperature; a certain amount of rainfall; permafrost. As the climate continues to change, these previously reliable conditions are changing and will continue to change. In 2017, this led to the entrance tunnel being breached. In response this has instigated a series of ongoing changes in and around the vault’s entrance as they tackle torrential rains and avalanches. While the seed vaults themselves have not been at real risk, the fine print in our insurance policy is starting to come into play.

In 2015, a mere 7 years after the SGSV opened, saw it’s very first withdrawal. This withdrawal came from the International Center for Agricultural Research in Dry Areas (ICARDA), a seed bank that was based out in Aleppo.

Many have made the pilgrimage to the SGSV, only to find that they are greeted with the closed entrance, covered in snow. Recognising this acute existential fascination humans have, Arctic Memory commissioned Snøhetta to design a visitor centre that celebrates both the AWA and the SGSV. Their response is the Arc, a design that looks like it was plucked out of a Simon Stålenhag painting. Located away from the actual facilities it will serve as a celebration of humanity’s achievements and ability to cooperate.

In addition to the SGSV, no government seems to have risen to this challenge, on behalf of humanity, more than Norway. The Crop Wild Relatives (CWR) project was launched in 2011, with a $50 million from the Government of Norway by the Global Crop Diversity Trust:

Crop wild relatives are cousins of our food crops that still grow in the wild. Many have evolved to survive tough conditions, such as drought, flooding, high temperatures or poor soils. This means they are an untapped source of genetic diversity.

A study published in 2014, and tracks crop diversity between the 1960s and 2010s. We are actively reducing the diversity of the crops we rely on. This ultimately makes our ability to face up to the food challenges ahead of us that much harder. Engineers are typically more interested in things than humans. Architects focus on the intersection of humans interacting with things. Scientists are interested in the why and the how in service of humans. Their work is what keeps us battling through and is crucial to addressing existing challenges while preparing us for the challenges ahead. For vertical farms to achieve their potential, seed technology being used will need to be adapted. We will need all the tools available to us, both biological and technological, to find the necessary solutions.

While their first monograph is captured in the eye-watering price Snøhetta Works. The more approachable Snøhetta Collective Intuition offers a similar overview.

Bonus: Be sure to check out the RIBA talk video with Craig Dykers and Kjetil Trædal Thorsen, the founders of Snøhetta.

The architectural discovery maps for various cities around the world are exactly the sort of thing an In Abeyancer can get excited about. It combines architecture with maps, in legitimately interesting locations. From Tbilisi to Belgrade, Moscow to London, Paris to Skopje. Spanning architectural styles from Modernist, Brutalist and Modern. If you already live in one of these cities, there is no better way to prepare for the spring when it becomes your duty to walk freely. Bonus, all 11 European maps are now on sale.