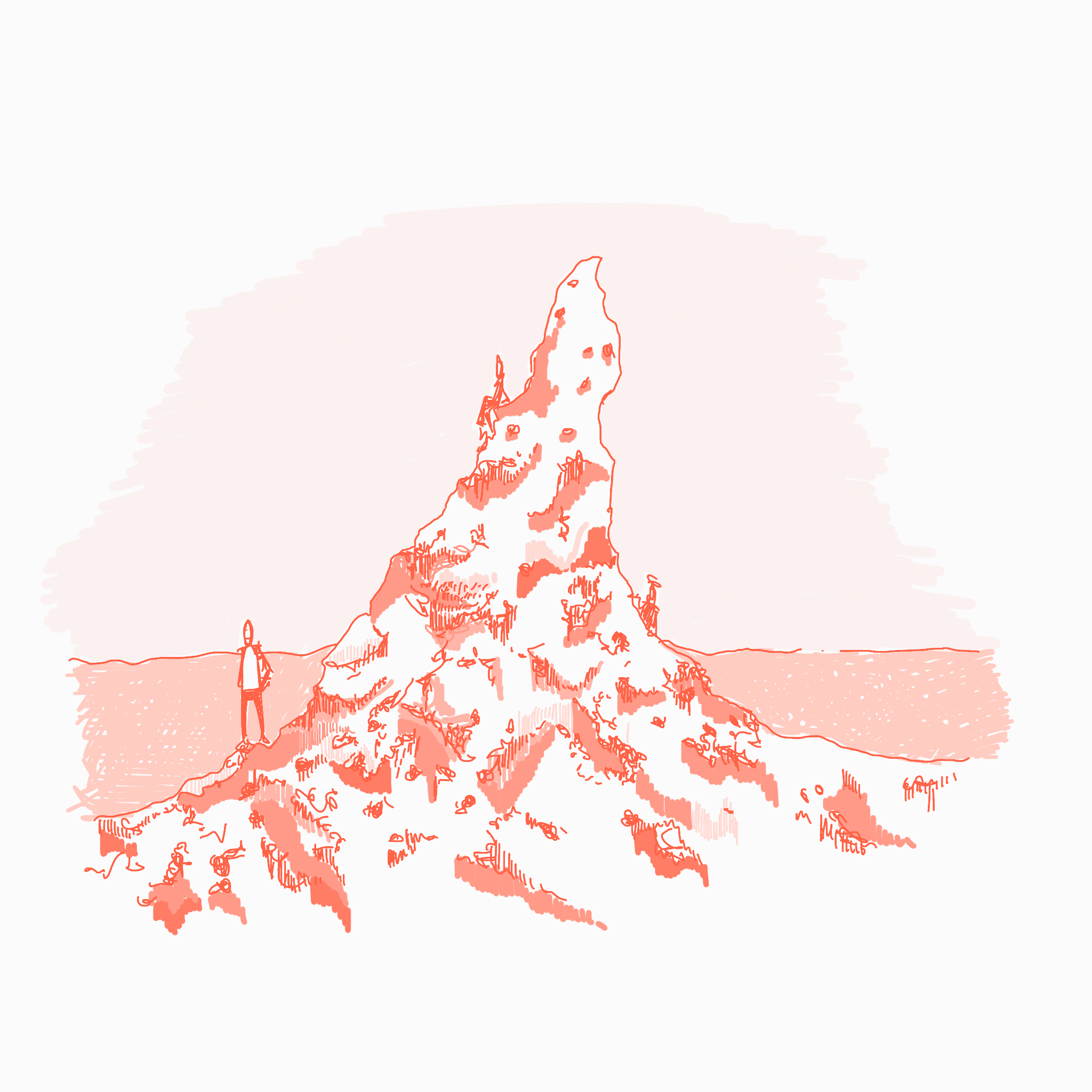 Spider silk is one of the strongest materials in the natural world, made at room temperature from dead flies. An adult humpback whale, which can measure up to 16m (52ft), has incredible agility and manoeuvrability. This is in part thanks to bumps located on its fins called tubercles. Geckos have the incredible ability to ‘stick’ to any surface, a ‘power’ they can turn on and off instantly. They achieve this thanks to hundreds of tiny microscopic hairs called setae which cover their toes. Nature is home to a cornucopia of ingenious designs, honed across centuries of slow, careful and purposeful evolution. This purpose would evolve first as a means to survive, then as a way to thrive. Nature used the oftentimes limited resources at its disposal in miraculous ways that did no harm to the environment it depended upon. Always in harmony with the world around it. In comparison, since our industrialisation humanity’s rise has depended on methods that do not consider the natural world. We extract from the earth far more than it has to offer, with little regard to the entire ecosystem. While complex, our methods lack any of the refinement or the consideration that has developed in the natural world across the centuries. This fact is best highlighted by our built environment that does not resemble the natural world except when this is a forced endeavour.

Standing on the shoulders of giants is a metaphor to using the understanding and knowledge already established and then build on top of that to make meaningful progress. Biomimicry is the practice of standing on the shoulder of nature. After all, nature has already solved many of the challenges we face on multiple scales and across all types of conditions and environment. It is a monumental challenge to try and replicate nature. Nature has had a near infinite timeline to developed these methods and techniques.

Developing true biomimicry may seem within our grasp if we choose to grab it, but the reality is, we are far displaced from such a reality. There are levels of biomimcry that we can try and emulate. The first is in the way nature solves a particular challenge. The second is in the way it generates or repurposes the materials necessary to actually build what it needs.

Despondently, there are scant examples of both architects and clients having embraced biomimicry. While there are plenty of buildings that take their inspirational form from nature, this is more for aesthetic impact rather than any functional need. The numerous sweeping organic forms of Zaha Hadid. The geometries of Daniel Libeskind. Frank Ghery’s abstract compositions. The many works of Antoni Gaudi. Their inspiration is on display but they function and perform very much as similar buildings of their type. Their forms having not driven their use in a different manner. Rather they were designed to perform in a similar manner to their contemporaries in spite of the form.

One example which has managed to adopt and encompass what is possible with the right combination of architect, engineers and client is the Eastgate project in Zimbabwe. An unlikely biomimicry poster child, it remains the most oft mentioned project to encompass these design principles. Imitation is the highest form of flattery; it is also the easiest and fastest way to learn. Eastgate took its design inspiration by the ventilated mounts that termites build and combined these with the natural forms of cacti. The return is a building, in the heart of Africa, that is neither mechanically cooled nor limited in its use.

While the function is inspired by nature, aesthetically the project looks nothing like these impressive natural structures. It remains angular, constructed of ‘tradition’ materials - concrete, steel and glass. Biomimicry places an emphasis on the function rather than the form. The form follows rather than leads - which is uncommon for contemporary architecture. This project was completed some 20 years ago, and although the construction industry has seen significant advances in both technology and techniques these have not been put to use in creating something considered. Conceptually we will need to change our perception between what is required and what is desired.

There is a reticence in moving down this path. Taking the plunge and believing in the marriage of nature and engineering. These diametrically opposing elements need to be tamed in the minds of the client bodies making decisions and in the governments that choose to look the other way.

The lack of imagination at employing designs nature has developed across the centuries continues to be a missed opportunity. This is not limited only to There are other ways to use nature as inspiration, such as driving the evolution of our material science beyond its current ceiling. Biomineralization is the study of biologically produced materials, such as shells, bone, and teeth. This is an active (but nascent) area of material science. As humanity we lag far behind our biological co-inhabitants. Nature is able to create its habitat from the very things around it, at room temperatures. By comparison our needs and how we cater to them have evolved in a more impactful manner. We need more sustainable options and solutions than the ones we currently have.

One such product is the aggregate developed by Blue Planet. Blue Planet has developed a technique that mineralises CO2 into synthetic limestone aggregate. The technique is inspired by the way shellfish build their shell. The CO2, now in a solid form, is then incorporated into concrete, the most used material in the world (after water). This technology has recently received a boost in the announcement of Sulzer developing a carbon capture unit that will be married to Blue Planet process plant and linking its existing pilot facility to and adjacent natural gas-fired power plant. While an ingenious solution to our carbon excess and concrete dependency, this is a solution chained to our past. It is not bold enough nor does it lean into the world that could exist, the world that should exist.

There is a perception (grown in our minds since the start of industrialisation), that what we build should persevere. This perception is only solidified by the seeming strength of the materials we use. Steel. Concrete. The rise of timber as a viable alternative to these materials is a step in the right direction, however there are many other possibilities that have not been explored. Buildings made out of coral like materials. Suspension bridges held up by cables based on spider silk. Insulation replicating the layer of fat in beavers. Self healing materials that regenerate on their own. Lighting that mimics undersea fish. Transportation systems that are based on biological networks. The opportunities are limitless. The product of what is then created is wholly unlike what we currently have. Apart from historical and vernacular architecture, globalised architecture and engineering has become a homogenous affair.

We are very far displaced from these realities. We still need to develop new technique. We need to phase out or update old techniques. We also need to update our collective thresholds for discomfort, for the way things ought to be, for the way things are. One of humanity’s greatest traits (the one that distinguishes us from other primates), is our ability to mimic and learn from each other. We should use this trait that made us the dominant species on the planet to pivot and start learning from the natural world. At the moment this might seem like a luxury, but soon it will become a necessity. In a way this is fortunate, as necessity is the mother of invention. The stability of our ecosystem and climate continues fluctuate - this past month alone included fires around lake Tahoe and floods in Germany. Yet we continue going about our business, as usual. Rather than putting the necessary research on how nature carries out any number of its necessary functions, we continue with methods that increasingly put further strain on the world and its resources.

There is an alternative which can aid us in the incredible challenges we face down. Learning and replicating the natural world in a manner that solves humanity’s problems is a challenge like no other. Replicating centuries of evolution is not going to be easy. Then again splitting the atom, or travelling to the moon wasn’t easy either. Humanity is capable of solving these challenges, if we choose to.

51World, based out of Beijing, have created a virtual clone of the entire city of Shanghai. A city home to some 24 million people and 4 times the size of London.

In practice, digital twin technology has not been leveraged in a manner it was envisaged. There is a gap between what the technology is capable of and its practical use to maintain and develop a building or city into the future. However it is encouraging to see how powerful this technology is already.

Our energy transition will come to depend on offshore wind farms, which remains untapped, due to the high costs. Launched this summer, Wind Catching is a new and novel take on offshore wind farming. Still nothing more than some eyebrow raising renders. The scale is ambitious, considering their claims to being five times more powerful than the largest single turbine.

Michael Pawlyn is to biomimicry, what Michael Green is to tall timber. Both architects have spent a good portion of their lives trying to bring attention to their own favourite aspect of integrating nature in architecture and the built environment. Pawlyn’s 2016 book Biomimicry in Architecture offers an indepth look into this nascent area of the construction world.

I hate umbrellas. I remember when I first arrived to Denmark looking outside the office and noticing a poor woman fighting with her umbrella that had turned upside down because of a gust of wind. The thing swiftly ended up in the rubbish and woman was drenched. In anticipation of the rainy season, I decided to buy a cheap (but not too cheap) umbrella to have in the house, you know, in case. This Uniqlo umbrella offers a feature I haven’t seen previously, namely the ability for the entire top canvas to spin on its axis.