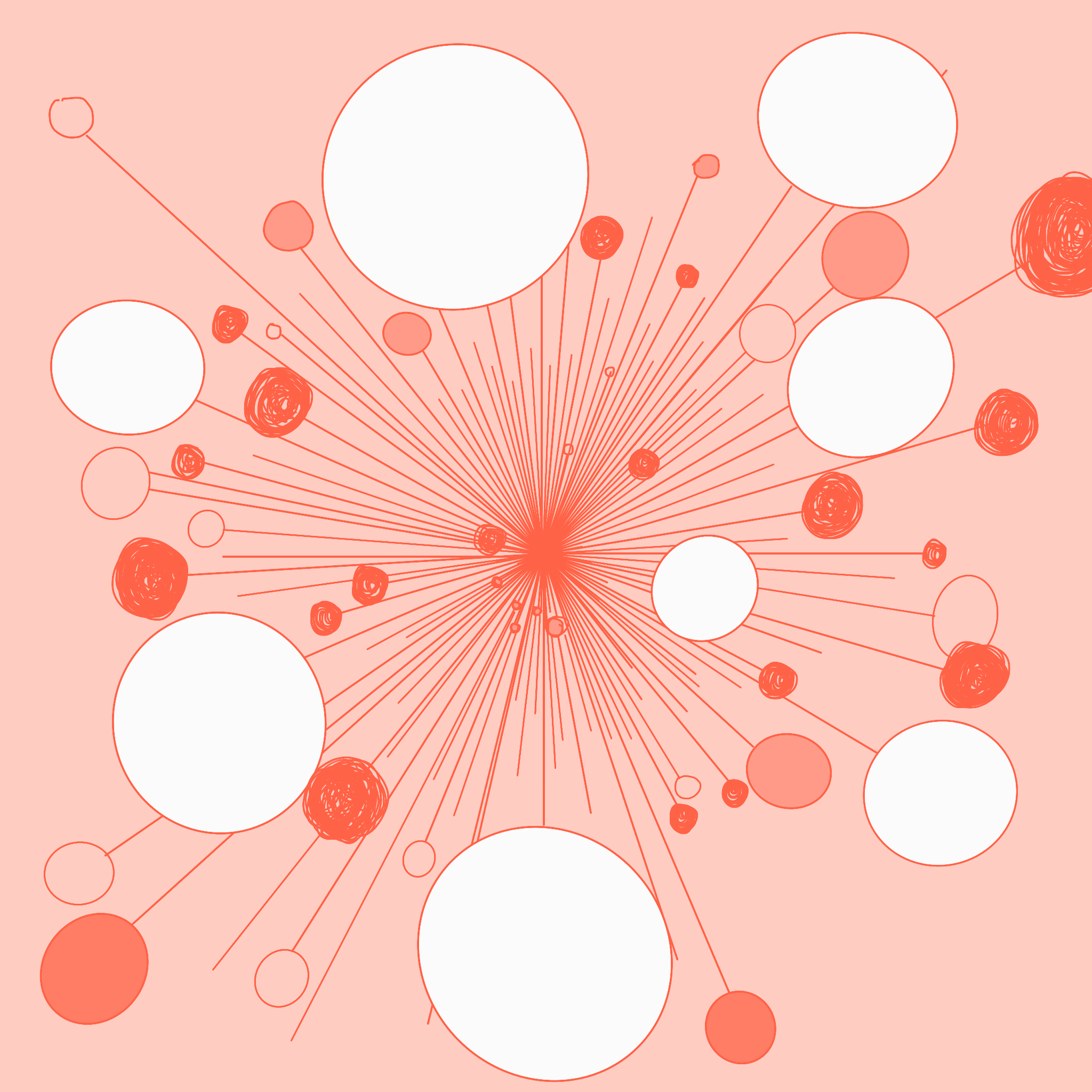 All the articles published for In Abeyance have been categorised across eight categories, offering a loose taxonomy for the built environment. This taxonomy is then used to better understand the challenges and opportunities that we face in the short and long term.

Much of the material technology employed across the built environment has not changed, globally, over the last few decades. While there are plenty of showcase examples of new technologies, we continue to use copious amount of concrete, steel and glass. Many new materials on offer live on the fringe and are at the very start of their utility journey. Adoption is slow, due to incumbent materials remaining both economical and being perceived as low risk. The reuse of existing materials remains the employment of novelty rather than the default state of the industry.

Increasingly supply chains will begin to feel the strain and alternatives will be used as a matter of need, rather than want. As we edge closer to this reality, we will increasingly rely on material reuse, recycled materials and entirely new material categories. This shift will certainly have an impact on the shape of the world we build. What form it takes will be dictated to what is readily and easily available.

When humanity has been confronted with an inconvenience we sometime have sought to change our behaviour to suit a situation; as a species this is not our preferred default. Our world has advanced for the betterment of humanity on the continuous development of existing and new technologies. The introduction of technology into our built world has allowed us to create spaces for people previously unimaginable.

Across the built environment, new technologies are increasingly being introduced. Some are revolutionary, such as indoor plumbing, temperature and humidity control, electricity and connectivity. Other technologies offer an important but incremental step towards a better future, LED lighting, double glazing, motorised facades.

There has been incredible strides in the way we look to ‘technology ourselves’ out of the environmental hole we have entrenched ourselves in. At some point we have to admit that we cannot solve our fundamental challenges with the technology at our disposal; and that changes to our behaviour and expectations are also a fundamental part of the solution.

The world of transportation, for both people and goods, is on the verge of major transformation. This will be brought about in the form of a shift from hydrocarbons as the primary source of fuel, to a network of grid power, distributed charging infrastructure and the electrification of public and private modes of transport. This shift will not be evenly distributed, with the richer countries arriving at this reality sooner and potentially at the expense of poorer countries. There is enough activity across both an burgeoning electrification industry and political machinations that signal this as the future we expect and anticipate.

Today, the single biggest realisation in the world of transport has been the small electric motor that has kickstarted the steady growth of micromobiliy. The spead of electric scooters, electric bicycles, cargo bikes, boards and unicycles shows how little is actually needed to move humans around. What is lacking in many cities around the world is the necessary infrastructure to make this fleet of mini vehicles safe and then the default.

Whether it is micro or macro mobility, is entirely reliant on our ability to make and advance battery technology. To avoid unintended consequences we have to critically consider the sourcing and materials of these batteries.

Architecture, both the practice and the final product, has gained global respect and attention as the social and economical benefits of considered architecture has become understood. The right kinds of projects can transform areas, cities and countries for the prosperity of the people living and working there.

Increasingly, architects need to balance and direct incredible flows of needs that are often in conflict with each other. Cost, regulations, aspiration, clients, plannings, politicians, engineering, sustainability. When a balance is achieved the result are works of lasting importance and benefit.

When this balance is lost this results in architecture that is neither considered or useful, except as a vanity exercise for the few. Just because you can, doesn’t mean you should.

How do we achieve climate bankrucy? Two ways. Gradually, then suddenly1.

We seemingly still have not reached a stage to declare an emergency to galvanise us into real action. What the pandemic has proven is that when the chips are down, even the most liberal countries change their approach. It is possible when necessary and it is necessary. So what is stopping us from taking meaningful action, rather than continuously talking about what needs to be done? The answer is a question of perceived pain and discomfort, which remains remains low for the majority.

We should not be looking whether we can keep the temperature to 1.5°C, 2°C or even 2.5°C above pre-industrial levels. We are undoubtly going to blow straight past these targets. What we should look at is what happens when we reach 3-4°C? What will we need to do at that stage and how long will it take for us to recover.

For decades the sources of our energy mix have remained relatively stable. We kept burning different fuels, mainly coal and hydrocarbon, to provide for our countries. The byproducts seen as a necessary evil to progress. The energy companies behind this industry entrenched themselves. Replacing or removing them completely will be a battle.

Then drip by drip the reality of renewable began to take make inroads and gain momemntum. The cost of PV technology decreased significantly. Drip. The cost of wind decreased. Drip. Energy storage technologies are improving. Drip. Increasingly we need to better understand how we keep the momentum moving us away from hydrocarbons and coal to seemingly more sustainable solutions. We should not limit ourselves to the initial embodied costs, or the ongoing costs but in fact what the entire stack looks like. Are there means and measures we can implement now that will means better reuse or recycling of this infrastructure later?

Cities are all the pieces above working together in concert. Increasingly our cities are housing ever more of humanity. We are literally living with, next to, above and below each other. We share ever smaller pieces of space with tens of thousands. Successful cities manage these elements well. Unsuccessful cities leave things to chance which manifest as chaos.

Changes to a city are very slow to manifest. They start at as an idea before moving through bureaucracy and then something, somewhere, sometime, might get implemented. Those in this field need patience to see meaningful change, as these have to happen on scale.

The opinions about how we actually design and build our world are as numerous as cities themselves. From political to environmental, social and practical, every geography, every culture, perceives and accepts different defaults and norms. It is by listening, absorbing and seeing each other, that we can hope to work better with one another.

By sharing our best ideas and giving agency to each other, do we have the opportunity to let people achieve their potential. Th potential to architect and engineer a better, more inclusive and considered built world.

Egypt is building a new adminstrative capital in the middle of the desert, on an incredible scale, with wealth being spent across administrative buildings, parks, public transporation links and sports facilities. The new city will be around the size of Singapore, and some 45km away from Cairo. This is not the first ‘Capital’ to move, with Brazil having done this decades ago and Indonesia looking to do that. You may be asking, why is this necessary? A few reasons, some practical, some political, some financial. Follow Mahmoued Gamal on twitter for more pictures and commenary.

The world’s largest carbon capture plant, Orca, has started operations in Iceland. Even so, it is pretty small in the grand scheme of things, able to extract 4000 tons of C02 annually (approx 790 vehicles worth). The extracted carbon (in liquid form) is pumped into the ground (where it solidifies eventually). Of particular concern is the use of water to carbon, a ratio of 27:1. There does seem to be some lost opportunity to use the captured carbon; maybe even using Blue Planets carbon aggregate substitute (see issue 049)?

An Answer for Everything

It shouldn’t come as a great surprise that I love infographics. The marriage of information and images in a condensed space is a wonderful exercise in design, typographic and information. What is not to like? What better way to celebrate infographics than this incredibly beautiful tome from the creators of Delayed Gratification. An Answer for Everything, arriving in late October.

It is easy to get sucked into the latest technology coming from silicon valley. It is an industrial complex that is built on appealing to our hoarding instincts and tendencies. The Punkt MP02 offers an alternative. The design of the phone has not changed since version 01, rather some of the functionality has improved to remain useful (moving from 2G to 4G because 2G is being phased out). Making the plunge into this world is a statement, to yourself, but to those you interact with on a regular basis.