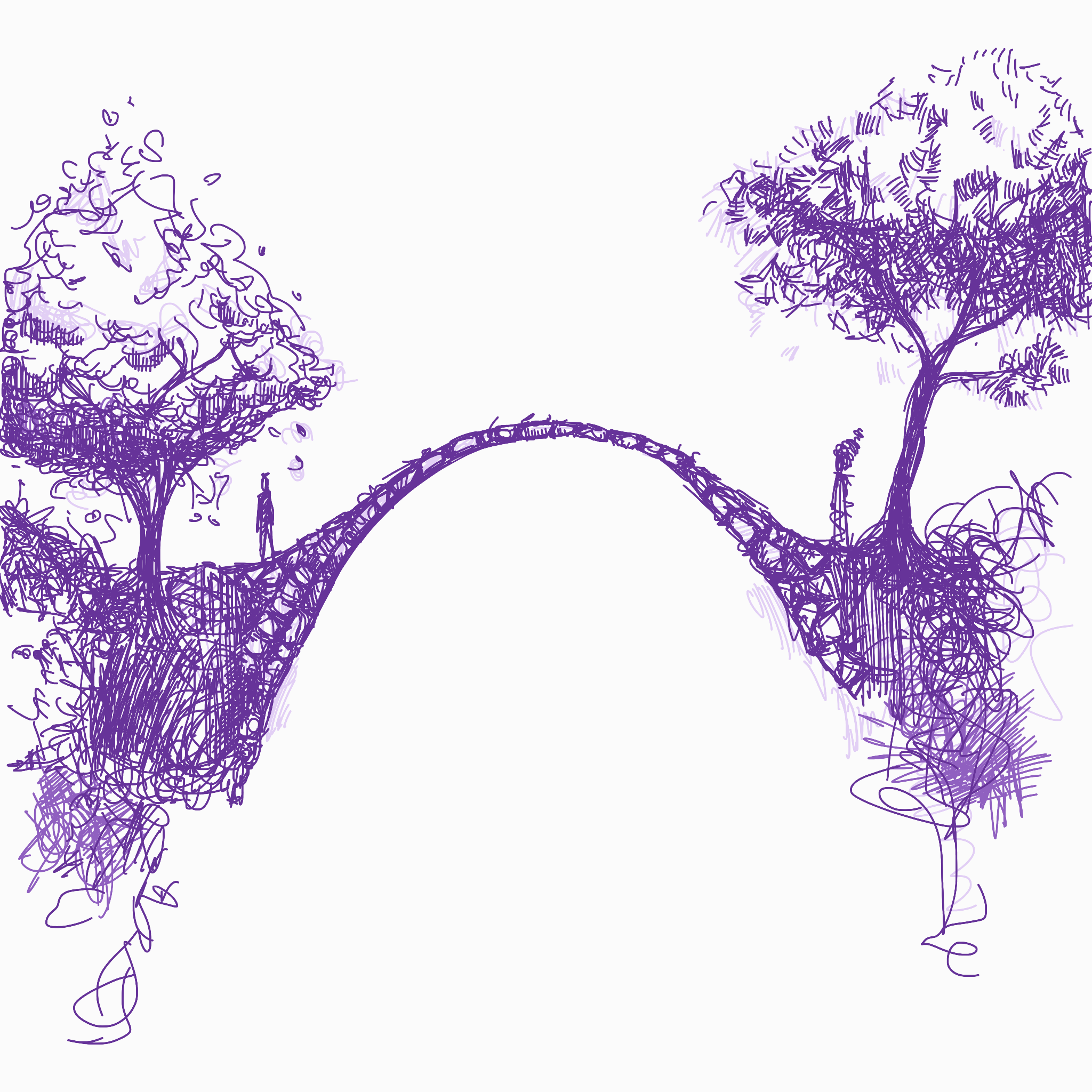 Bridges are humanity’s defiant symbol over the inconveniences that come as part of the natural environment. They are an element of the built environment that began out of necessity but evolved into an outlet of imagination and style. Bridges carry out a function that no other structure could ever hope to achieve. They connect geographies, people, cities and cultures. For conquerors, they create a way in. For the conquered, they offer a visible way out.

For bridges, there are few limits to humanity’s imagination, not only what they connect but how they connect. It is because of this flexibility that bridges have become symbols of humanity’s achievement. While the principles remain familiar across geographies, their place and sense of context always offers them a unique standing. We experience this celebration of achievement every time we make the trip over them. It is the sense of scale as you cross the Millau Viaduct, that towers high above the gorge valley. It is found in that element of surprise as you leave the tunnel towards the Øresund Bridge, that connects Sweden and Denmark. It is the palpable feel of nostalgia as you cross the Golden Gate Bridge for the first time, having lived it countless times across a thousand movies.

Yet not all bridges can offer this excitement. Some bridges remain utilitarian, performing their most basic of functions. Bridges such as the Polcevera Viaduct in Genoa, also known as the Morandi bridge. The bridge was a construction of its time. A bulky structure (by today’s standards) with its angular stays. On the 14th of August 2018, this usefulness was lost forever as a section of the Morandi bridge collapsed, taking the lives of 49 people.

With the Morandi bridge gone a new structure has taken its place. A masterclass in sleekness, the new Genoa San Giorgio Bridge is both understated and elegant in it’s approach. It flows into the mountain range beyond. It is no longer an imposing structure; rather the new structure feels of its place. The photovoltaic panels installed along its length are used to power the bridge’s lighting, make it of its time. 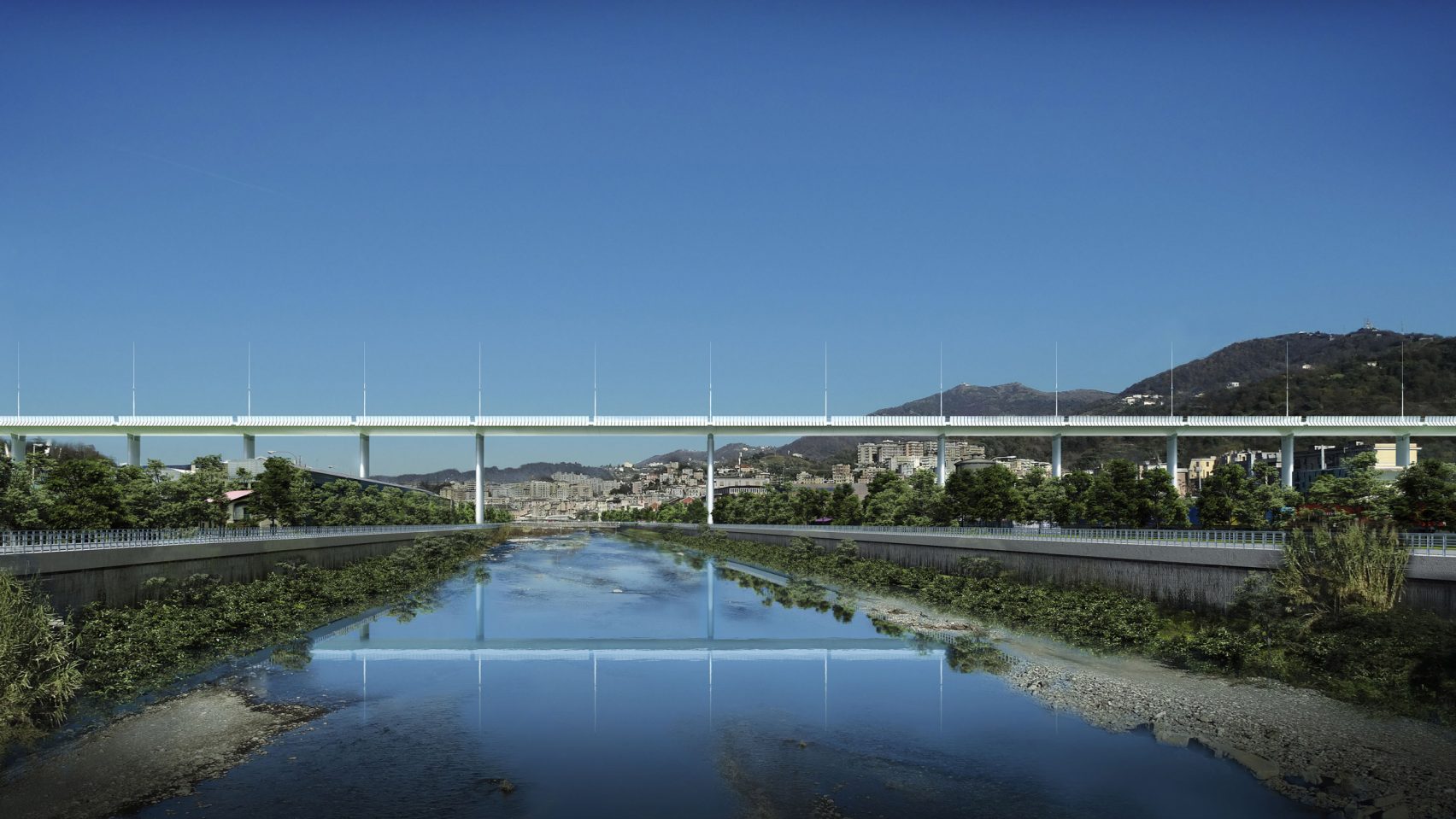 Round the clock construction was used to complete this project in a mere 18 months. An impressive feat in any country. To do this in Italy, a country famous, nay infamous, for its overtly complicated red tape, is nothing short of miraculous. If this process is to be replicated both inside Italy’s borders and outside, there are many lessons yet to absorb. The key message however is best captured by the project’s architect Renzo Piano, speaking less than 2 years ago during the unveiling of the new design.

It will be a beautiful bridge. A very Genoese bridge. Simple but not trivial. A steel bridge, safe and durable. Because bridges do not have to collapse.
— Renzo Piano

While this list is very much self serving (I worked on one of these project for 5 years), it captures a very important moment in time. An idea that I am enamored with is that we have all inherited the built environment around us. Moreover we are currently building the future’s built environment inheritance. While these projects demonstrate some of the very best that architecture and engineering has to offer, they also showcase our excess. While we may not have reached our peak yet, the writing is on the wall. Humanity’s era of wanton excess cannot continue forever. 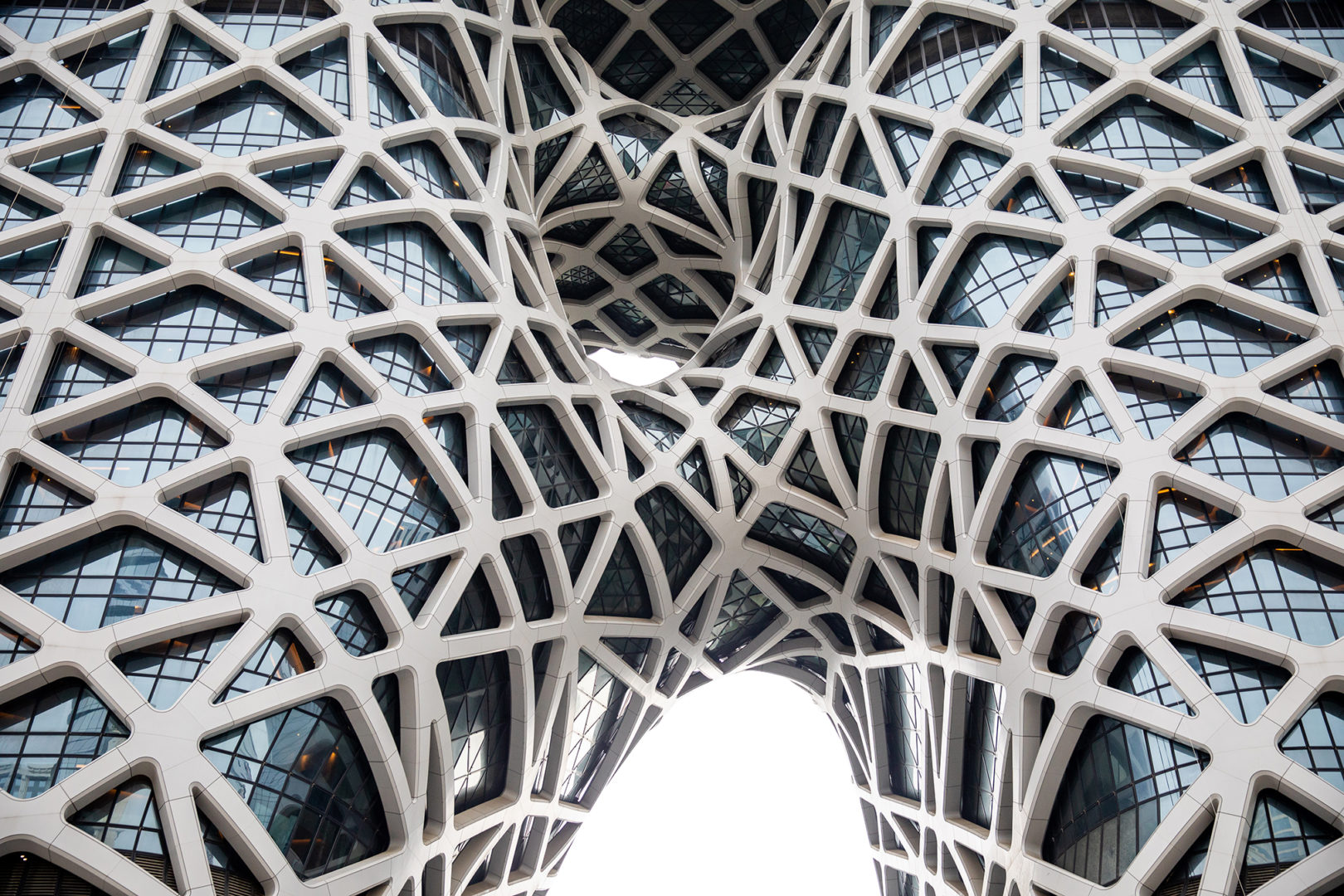 Zaha Hadid’s Morpheus Hotel at City of Dreams in Macau is a celebration of the forms that are possible by the advent of computer modeling. What is often forgotten is the human dexterity that went into these creations.

While not as grand a scale, the augmented brick wall in the Kitrvs winery in Greece is a showcase marriage of these two principals coming together. 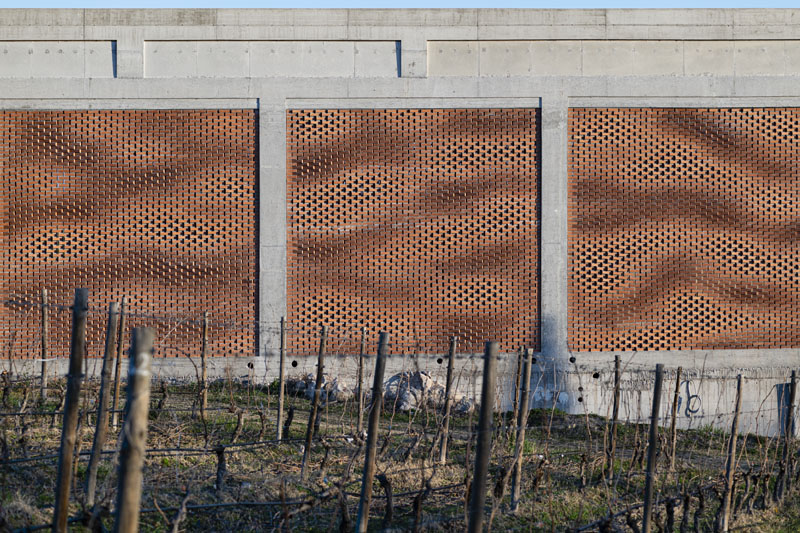 Seven years ago, in the Norwegian archipelago of Smøla, a study began to see the effects of a simple change. The study found that:

changing the color of a single blade on a turbine from white to black resulted in a 70-percent drop in the number of bird deaths.

If you’ve ever spent any time on energy Twitter you might bump into the nuclear cheerleaders. Many will lament the bats and birds that are being killed in the name of wind energy. This study reinforces the idea that the more we invest our time, effort and money into an already good idea, the better it will become. 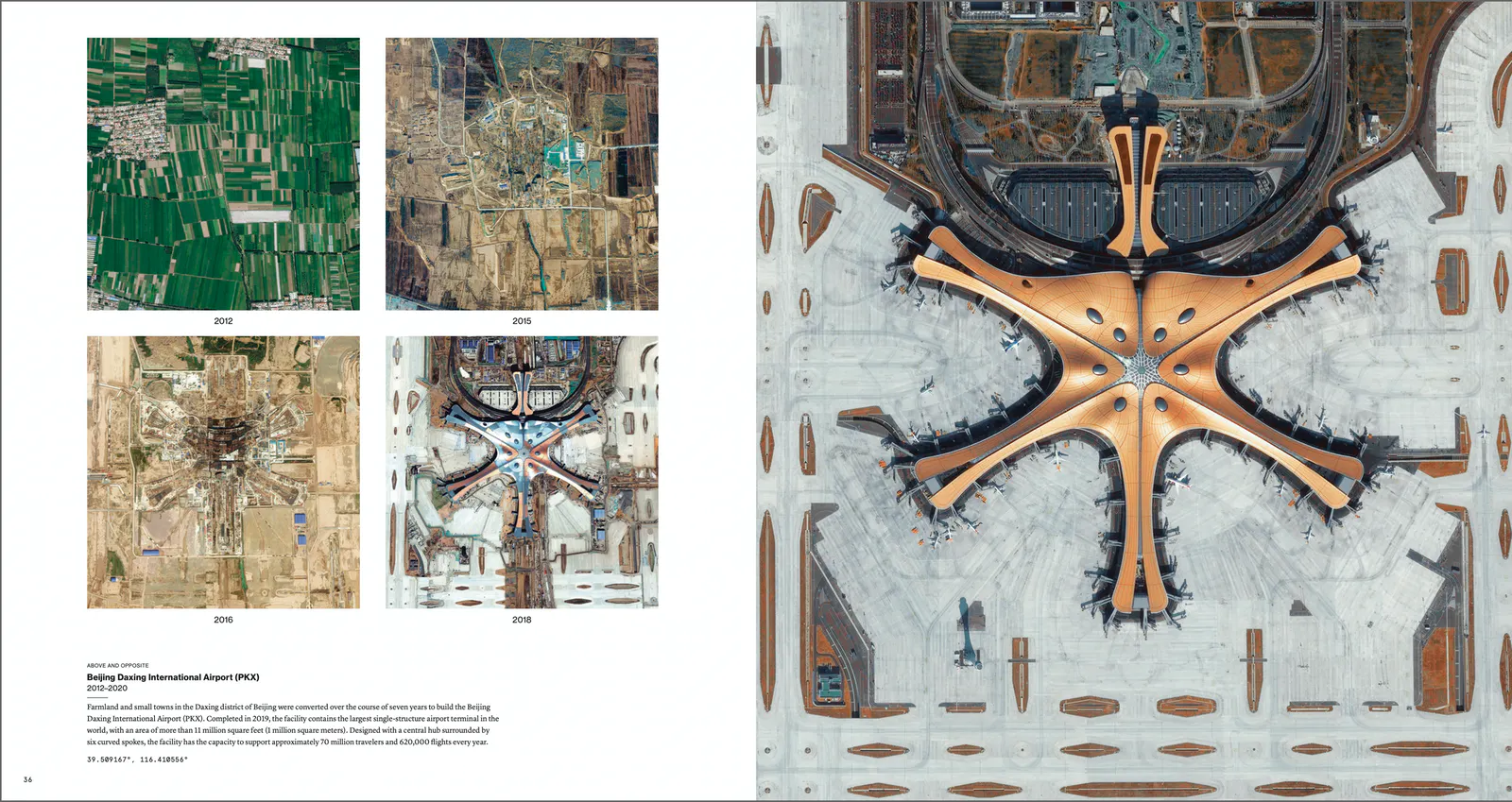 Every once in a while you see something that completely takes your breathe away. Catapulting straight to the top of my buy list, Overview’s Timelapse book is both a stunning celebration of the built environment and a mournful reflection of the beauty it removes. Their prints section is a delight as it offers one incredible shot after the other.

I found out about this via Kai Brach’s excellent (and highly recommended) newsletter, Dense Discovery. 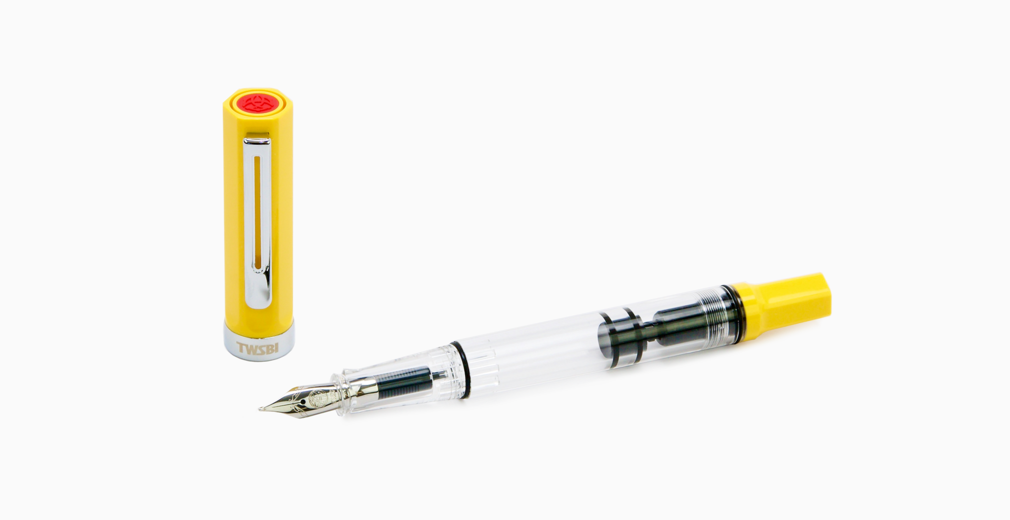 The TWSBI Eco fountain pen has been a revelation in actual use. A high quality, piston filling fountain pen that comes at an affordable price. If you’re wondering where to start, pick a colour (they come in a range, the Eco T is their limited edition range) and opt for a Fine nib. Then grab some fountain pen friendly ink and get ready to take a deep dive into a world you never knew still existed.