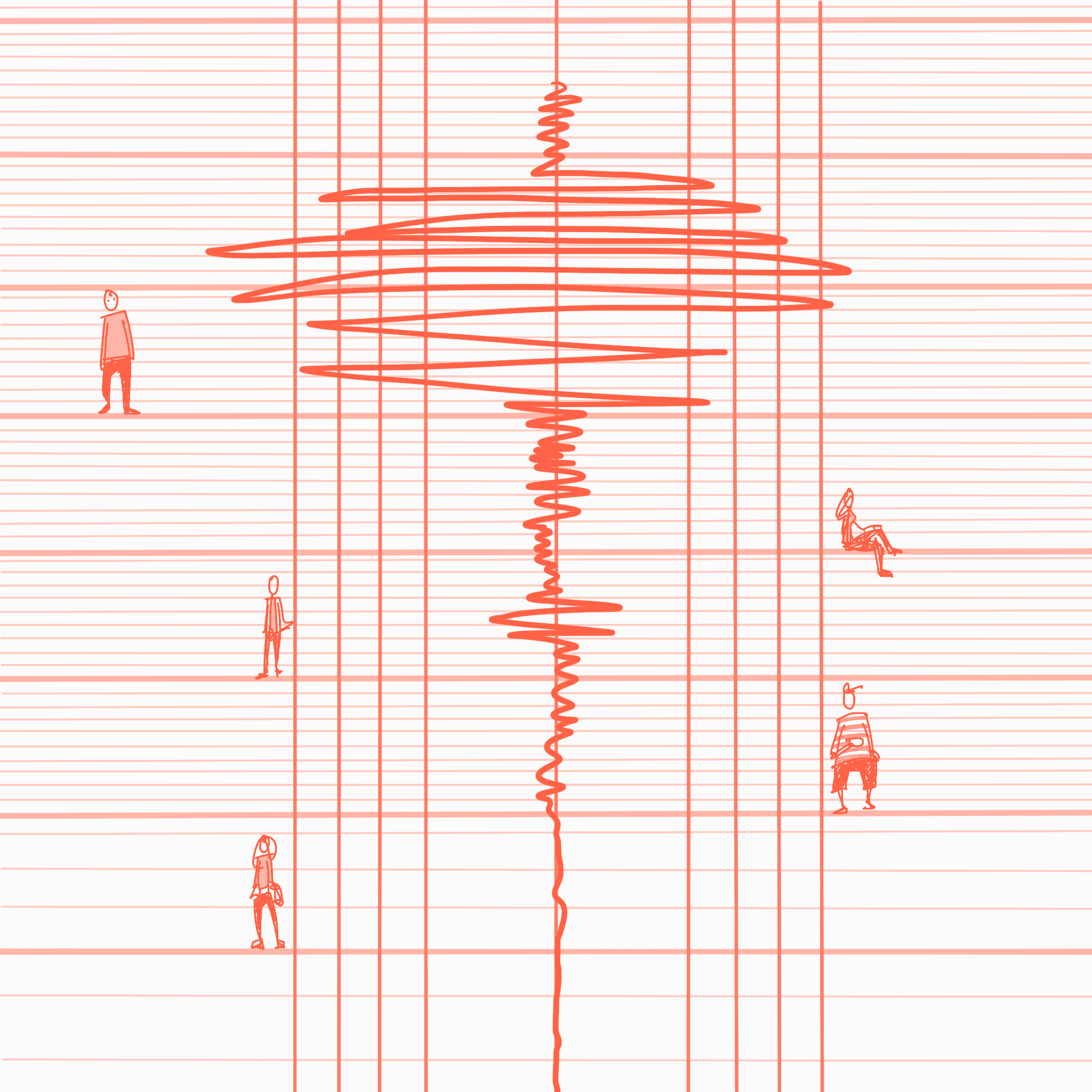 In 477 BC, the Athenian statesman Pericles commissioned the construction of the Parthenon. He enlisted the works of architects Ictinus and Callicrates and the sculptor Phidias to work on the project. It would take 45 years to complete but sometime around 432 BC, a symbol for Athens and the ancient world would stand across the centuries. There is debate some on whether the Parthenon used the Golden Ratio during its construction 1. No matter, the structure is a beautiful example of the Golden Ratio in practice. Further proof demonstrating the level of architectural understanding the Ancient Greeks had.

Pericles could not have imagined the manner in which future generations would treat this landmark. Over time, generation upon layered generation would use the site in a constant battle between ideologies. First came the Byzantine period that converted the temple into a church, where it remained as such for some 600 years. This was then converted into a Mosque by the Ottomans. The British Empire and colonialism would enter the process of destroying this landmark by robbing it of its marbles. The Elgin marbles currently located in the British Museum. The final part of the slow destruction of the structure came at the hands of the Ottomans, who would use it as an arms depot. During the war of independence, around 1820, the very lead clamps holding the marbles together were melted and used as bullets. All this has not helped the structure’s future prospects of continuing to inspire and remind people of what humans are capable of achieving.

The scars of uncivilised behaviour towards an historic monument are difficult to hide. One area that the Parthenon has withstood square in the eye, is centuries of seismic activity. Like a mad captain tied to the mast of his ship, the Parthenon sits atop one of the highest points in the city, taunting the earth below it. For 2500 years it has withstood every movement that earth has inflicted upon it. Much like the precise dimensions used for the architecture, the construction was also an elegant affair.

The structure does not follows any modern civil engineering principals - it has no foundations and sits on bedrock. Yet it does have seismic protection embedded in its design and construction. This provides three layers that all work in tandem to dissipate the energy from an earthquake. The marble slabs, that make up the base of the structure, offer the first layer of protection. The second comes from the lead casing used to cover the iron joints which hold the structure together. The lead’s inherent properties provide elasticity that can further dissipate energy. Finally the most ingenious element of the design is the columns themselves. These are not formed of a single block, rather as a series of slices, perfectly aligned with each other. In concert the structure moves with earth, oscillating, absorbing and redirecting the kinetic energy.

This level of understanding, of how buildings exist as part of their surroundings, is not limited to the Ancient Greeks. Rather the Ancient Romans also used and employed a similar considered approach. Both civilisations well understood one fundamental fact, earthquakes don’t kill people, collapsed buildings do. 2

Alfred Wegener introduced the theory that all continents once existed as a single giant supercontinent named Pangaea. The theory was then expanded upon to describe how Pangaea broke into ever smaller continents. First as two smaller supercontinents, the northern Laurasia and the southern Gondwana before reaching the world that we inhabit today. We then determined that the earth’s outer surface is composed of around 20 tectonic plates that are in constant movement. These plates meet at plate boundaries, which are at the centre of earthquakes and volcanic activity.

While it would seem sensible for humanity to congregate away from these plates, the reality is that vast areas of human settlement occur at these highly volatile locations. From San Francisco to Beirut, Lima to Algiers and by far the most potent, Tokyo. A link has been established over the preference of habitat locations, to the shape of the landscape itself. We moved there because the earth itself was more fertile, had access to clean drinking water and shelter. It wasn’t by chance, it was by design. The landscape, created by tectonic influences, offered things that were not on offer elsewhere. And so our settlements grew, in spite of the earthquakes, which were less of a concern due to the limited nature of the built environment at the time. While the exact reasons for choosing a specific location may no longer be relevant, our continued prosperity and safety in these locations is. We can’t stop the very earth below our feet from moving. Rather we would engineer our build environment to dance to the rhythm of the earth it sit upon.

In a little under 200 years, our understanding of earthquakes has expanded from being able to detect them, to being able to understand why they occur. We created sensors that could determine where they occurred even when the sensors are located all the way on the other side of the world. This wider understanding enabled us to adapt our built environment to varying degrees of tectonic movement. We developed (and continue to develop) a plethora of solutions to manage building movement within themselves and relative to each other. This in turn enabled our cities evolved upwards and our structures to become bigger.

One of the most common solutions against the earth’s movement between two separate structures is the seismic joint. In the past this joint started as a separation deemed necessary to protect structures from colliding and damaging each other in the event of an earthquake. The gap reduced until the structures were touching again but this time with the introduction of a seismic joint. These differ from expansion joints in that seismic joints allow orthogonal movement in multiple directions. Seismic joints are typically avoided within a building, where alternative solutions can be engineered instead.

Tuned mass dampers (TMD) are engineering solutions that offer a counter balance to movement from external forces. As earthquakes cause a building to oscillate and sway, tuned mass dampers move in the opposite direction. By far the most photogenic of all tuned mass dampers is the grooved golden dome located at the top of the Taipei 101 building in Taiwan. This is one of the only TMDs that is accessible to the public and even has its own merchandise in the form of damper baby. Not all TMDs are as flamboyant, but they offer protection to buildings and structures around the world in a quiet and understated manner.

Base Isolation is a method that allows the superstructure (the part of the building above the ground) to ‘float’ above the substructure (the part of the building below ground). In practice the separation is not complete, as vertical loads still need to be supported and transferred. However the intention remains to transmit a minimal amount of motion from the moving ground below to the structure above. There are size major types of base isolation devices that are currently in use:

All these solutions provide a great deal of cost and complexity to any building structure. A different proposed approach is the use of concentric plastic rings installed in the foundations of building. These rings would be ‘tuned’ to different frequencies, allowing shockwaves to travel around the building itself. The waves would then continue on the other side of the rings.

While a modern implementation of this method remains ellusive, the first practical example of a similar type of technique exists courtesy of the Ancient Romans. The Romans installed metamaterials within the foundations that provide protection against earthquakes.

As if the movement of the earth by itself was not enough for us, as is usual with humanity we have started making things worse for ourselves. As of this writing, human activity has induced or triggered more than 1229 earthquakes. Just under 60% of this activity is due to fracking and mining projects. The remainder is split across activities including water reservoir impoundment, conventional oil and gas and waste fluid disposal.

Our earth is a complex, moving organism. The same challenges faced by our ancestors continue and will remain relevant into the future. Our continued abuse of the earth is not helping matters in allowing us to manage our environment. As we continue to feel the ramifications of climate change with more regularity, seismic activity will increase in kind. Our built environment will need to react accordingly. We would do well to consider and develop the lesson provided by the ancestors that paved the way for us centuries ago.

The form of the Vortex Bladeless is an eye-brow raising aesthetic design choice for harnessing energy from wind. The concept offers an alternative to established wind technologies by addressing some of the less desirable elements. The stress and strain on foundations and how (and whether) this is integrated throughout the built environment will be interesting to see in practice 3.

The Longing for Less. Living with Minimalism.

Minimalism is an aspiration that many continually crave and strive for, but seemingly fail in achieving. In The Longing for Less, author Kyle Chayka looks to provide clarity and understanding on the origins for that feeling and need for less.

It has taken 45 issues of In Abeyance but it is finally time to recommend the ultimate urbanist item, a Field Notes pocket notebook. For over 12 years ago, the quintessential Americana stationary brand has released a limited edition every 3 months. This month they release their 50th limited edition. If you’ve never seen these, suggest looking at the promotional videos, created for each of their releases, which are usually excellent and completely on brand.