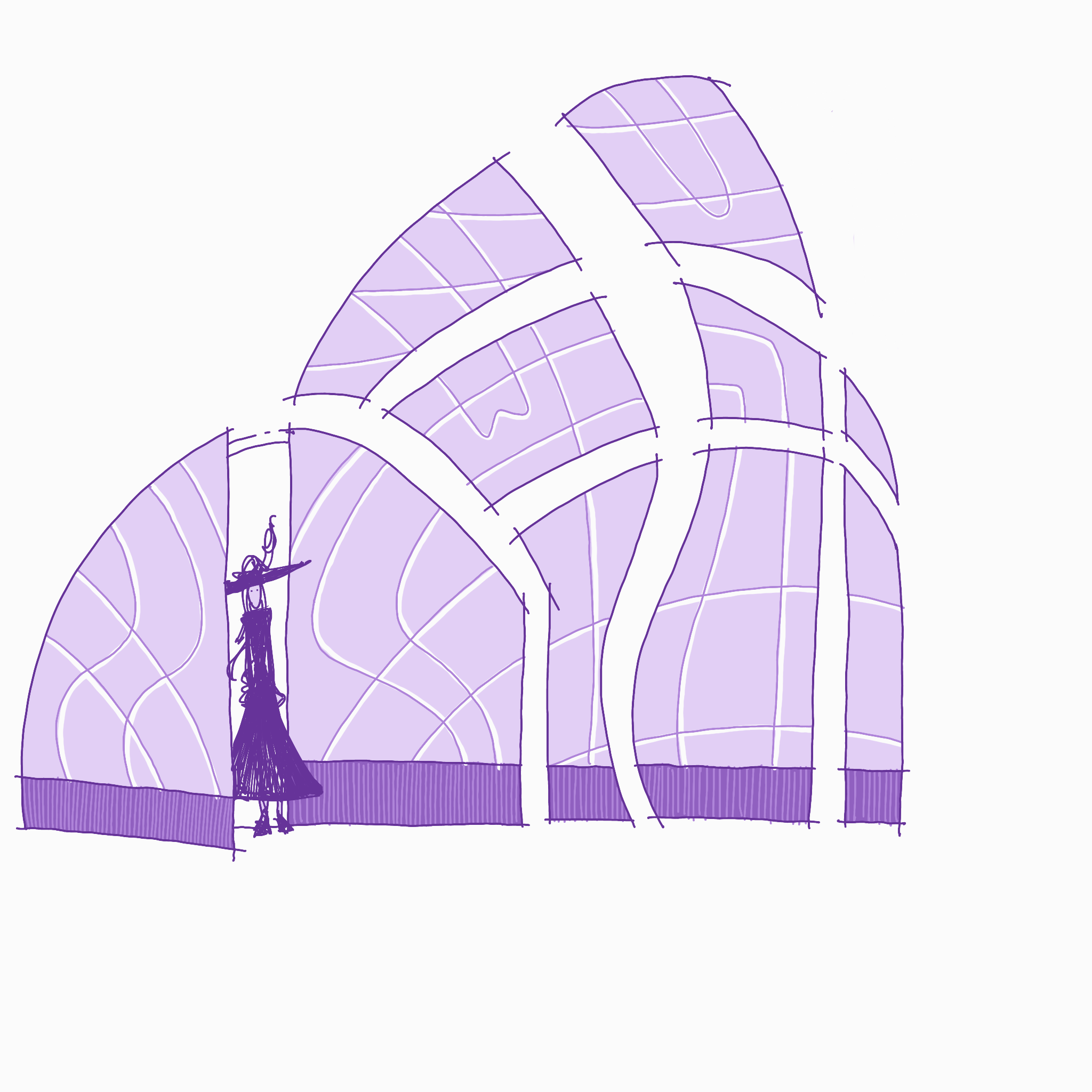 Between 1890 and 1910, for a period of 20 years, the Art Nouveau movement pervaded our world, both inside and outside. It was not a style, as the works of Alphonso Mucha, René Lalique, Gustav Klimt, Louis Comfort Tiffany, Hector Guimard and Antoni Gaudi do not follow a single style. It was a movement away from the classical and historical styles that preceded them. Art Nouveau transcended sculpture, paintings, jewellery, prints and eventually across the built environment. The works sometimes shared common elements - flowers, insects, curves, intense colours, intricate details, asymmetrical forms. Importantly the movement also introduced and reintroduced production techniques.

The Hôtel Tassel, by architect Victor Horta, is considered the first true Art Nouveau building. While the facade is not instantly recognisable as the precursor to the movement, squint a little and you can start to see the magic. The real magic however would happen later in Paris, starting with the Castel Béranger by Hector Guimard. Inspired by the work that came before, this new building would be a signal of intent of what was achievable, both artistically, stylishly and even commercially. After all, part of the very premise of this style of art was bringing about legitimacy to commercial art. These early works gave Guimard the agency to help define the metro stations for the city of Paris. Many stations remain over 100 years later. These stations were not commissioned because of their aesthetic prowess — Guimard hadn’t entered the competition. Rather it was because they could be built relatively cheaply and at pace. The fact that they looked light and whimsical at the time was a bonus. It is this whimsical nature however that would remain the defining element and whats made them endure.

Arguably the movement’s most enduring works are those completed by Antoni Gaudi. While the foundations of the movement were being established, Gaudi was conceiving and working on what would become it’s most audacious example. In 1883 Antoni Gaudi began work on the most ambitious project of his incredible career, the Basílica de la Sagrada Família. When Gaudi died, some 43 years later, the project was only partially complete. 137 years after the project began it remains incomplete and under active design and construction. It is a testament to the project’s appeal that it has capture the imagination of people from around the world. The project is not funded by any government or church, rather by visitors and patrons.

The spirit of Art Nouveau continues in modern architecture, which often seeks to emulate nature, although in more a subtle manner. We no longer present trees as a literal shape, rather we may use undulated timber ceilings to represent trees. The literal emulation of nature within the built environment may have reached its peak over 100 years ago but natural beauty, elegance and meticulous craftsmanship will never go out of vogue.

OpenOA is an open source software package from NREL. The last time we mentioned NREL in the newsletter was all the way back in issue 002 and their amazing graph on photovoltaic technologies. Aimed at professionals within the wind energy market, OpenOA calculates the annual energy production using operational data. Version 2 was recently released.

Bjarke Ingels says he has a plan to save the planet and that he will share the details in a document sometime next year. The last time someone with this much influence announced an idea, we got Hyperloop and as we’ve discussed, nothing concrete has yet to come of that idea. Still it will be interesting to see how much is science and how much is science fiction.

Put this one in the growing example of buildings that are employing circular economy principles in interesting ways. A new kindergarten in North West Paris uses door frames to form the second skin of the building. Of course it doesn’t seem to extend to very much inside the building itself. Still, it is an encouraging step for both a client and architect to make. These types of buildings end up having a very distinct look.

If you are going to invest in a book about Art Nouveau, why not invest in the ultimate showcase. Three hardcover books, collected in a slipcase cover, limited to 10,000 copies and include 500 photos. Stunning.

We have been following the Ocean Cleanup on this newsletter all the way back from issue 011. After several successful (and unsuccessful) launches, they have now unveiled the first product, made from the reclaimed plastics collected from the GPGP (Great Pacific Garbage Patch) — a pair of polarized sunglasses. The colour of the frames which is meant to remind you where these came from. Not wanting to make a cheap disposable item, they have priced these at $200. 100% of the proceeds then go to cleaning up more of the GPGP - they claim that the sale of one pair can clean up 24 football fields.